It's that time of year when people from all around the world celebrate the spooky and dress up in costume to scare away any evil spirits that may be lurking.

Of course, the comic book industry is no stranger to the terrifying and the occult, with monsters such as vampires and werewolves serving as the bread and butter for many early comic book publishers until the Comic Code Authority outlawed these creepy creatures. Still, when the code was updated in the 1970s, many monster-inspired characters returned with gusto – including a number of creations based on devilish demons and hellspawn.

This list marks 10 of the greatest demonic tales in comic book history, focusing on tales that prominently feature characters from the Underworld, or other points south of the border. 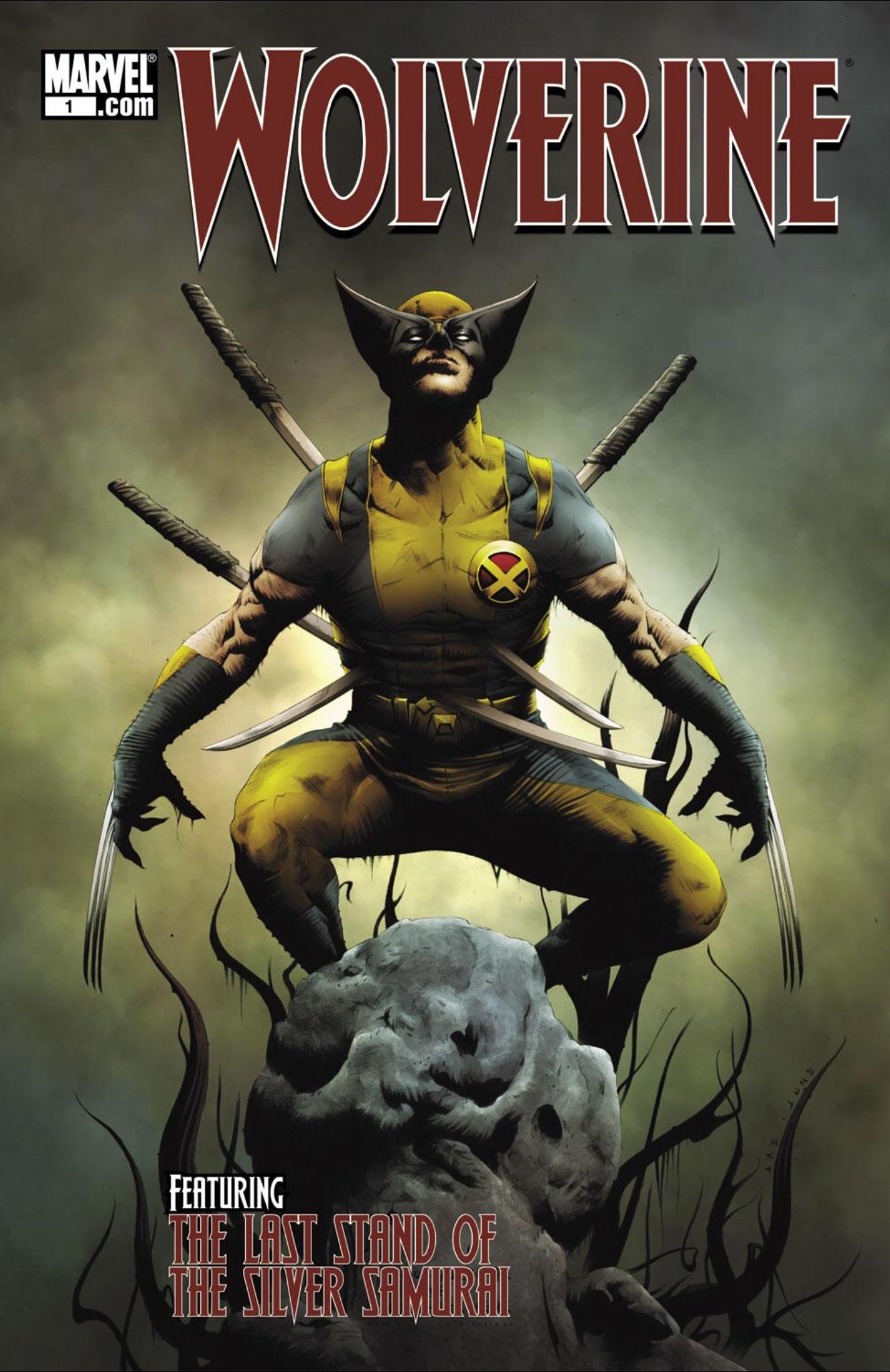 In this story, writer Jason Aaron returns to the character who first helped earn him a job at Marvel in the early 2000s. As the storyline's title describes, "Wolverine Goes to Hell" depicts what happens when our favorite Canucklehead gets possessed by the devil. Needless to say, that's bad news for pretty much everyone in the Marvel Universe.

Perhaps "Wolverine Goes to Hell" repeats some beats from the earlier "Enemy of the State" storyline where Wolverine is brainwashed by the Hand and Hydra to do their dirty work. Aaron's script even makes note of the fact that this isn't the first time Logan has lost control of himself and gone on an indiscriminate killing spree. Still, "Wolverine Goes to Hell" is a lot of fun, and features a ton of Marvel Underworld cameos, including multiple Ghost Riders and a feral, Satan-controlled Sabertooth, making for a bloody little romp that's worth checking out for fans of horror and gore. 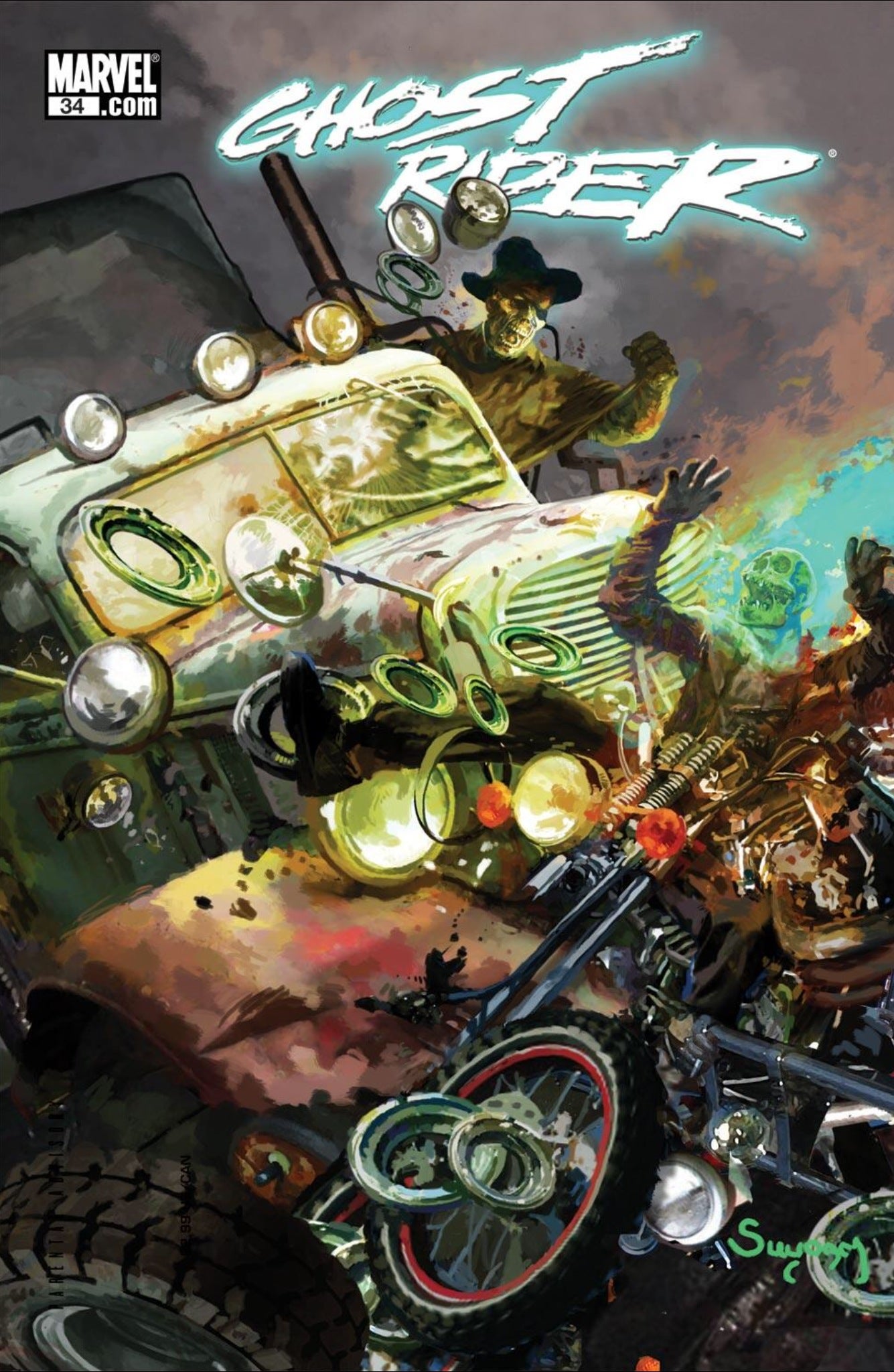 The end of Jason Aaron's tenure on the third volume of Ghost Rider, "Trials and Tribulations" explores the history of the Spirit of Vengeance, but for the purposes of this list, the story is most notable for the epic battle between Danny Ketch and the demonic trucker, Highwayman. The battle sequence packs everything you could possible expect in a high speed chase that features two demonically possessed characters trying to kill each other. And just when it appears like the storyline is finished with its copious doses of gore, fire and brimstone, Aaron raises the horror-meter by one more notch by having Ketch incinerate the Highwayman's head with hellfire.

From a characterization standpoint, "Trials and Tribulations" goes the "just when I thought I was out, they pull me back in" route with Ketch, having him wonder why he can't seem to stop changing into Ghost Rider. 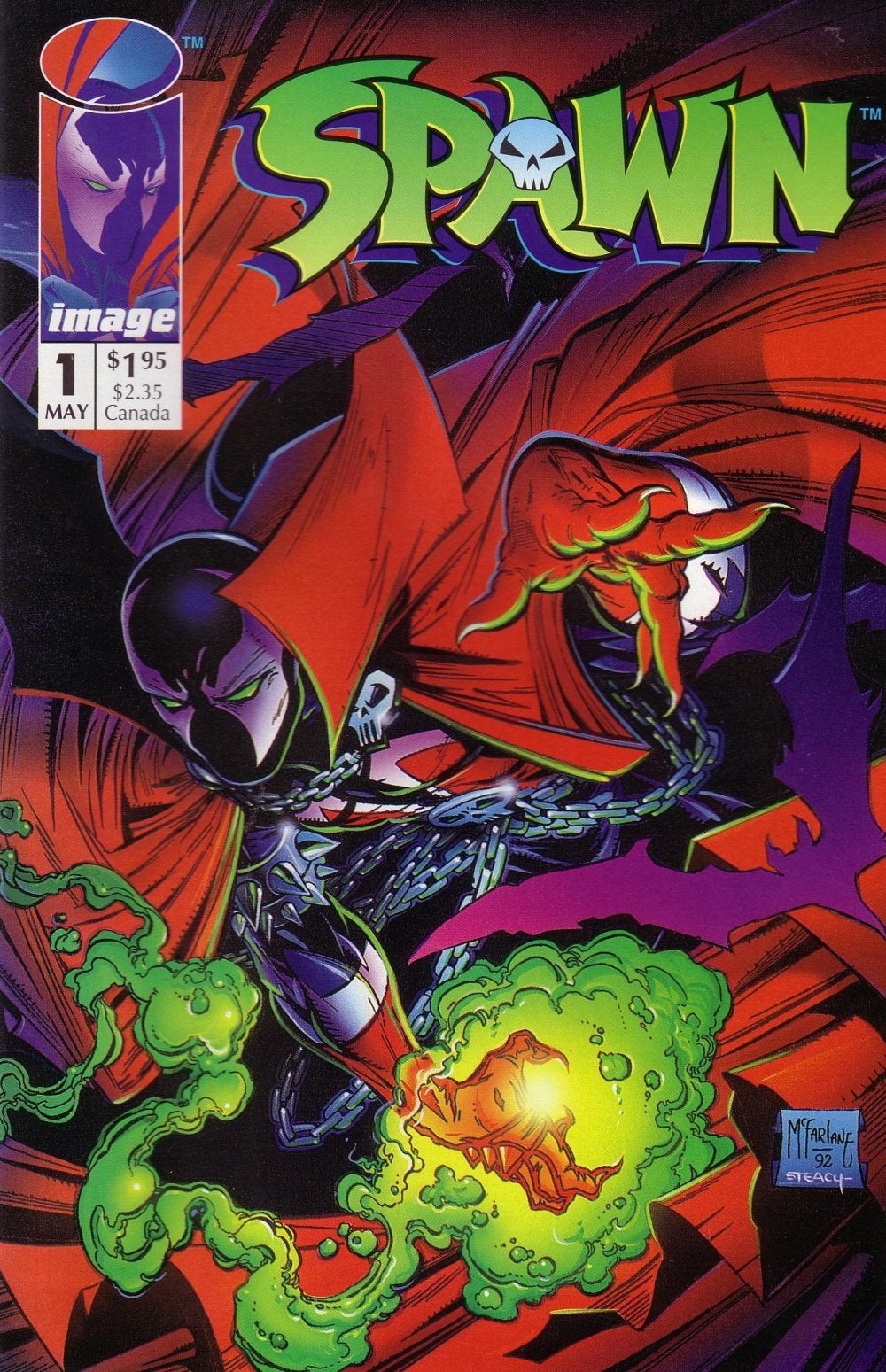 While the first six issues of the hit Image series Spawn encapsulate all of the grandeur and excesses of the "extreme" comic book movement in the early 1990s, the Todd McFarlane creation's impact on the industry is so profound, it has to be recognized. Spawn #1 became the greatest selling independent comic book of all time, moving more than 1.7 million copies (a lot of them to speculators) and giving the upstart Image Comics instant credibility in the Marvel/DC-dominated marketplace. The fact that the series is still running today (nearing its 250th issue) is a testament to its commercial appeal, even if some of those first few issues are a little groan-inducing when we look back on them more than 20 years later.

In terms of how this opening arc fits the theme of this list, McFarlane uses these six issues to explain the origins of how former CIA agent Al Simmons sold his soul to the demon Malebolgia in order to see his wife Wanda once again. Instead, he emerges from the Underworld as the hideously disfigured anti-hero Spawn. And from there, one of the most successful toy lines in history was created – just another one of the book's contributions to the industry. 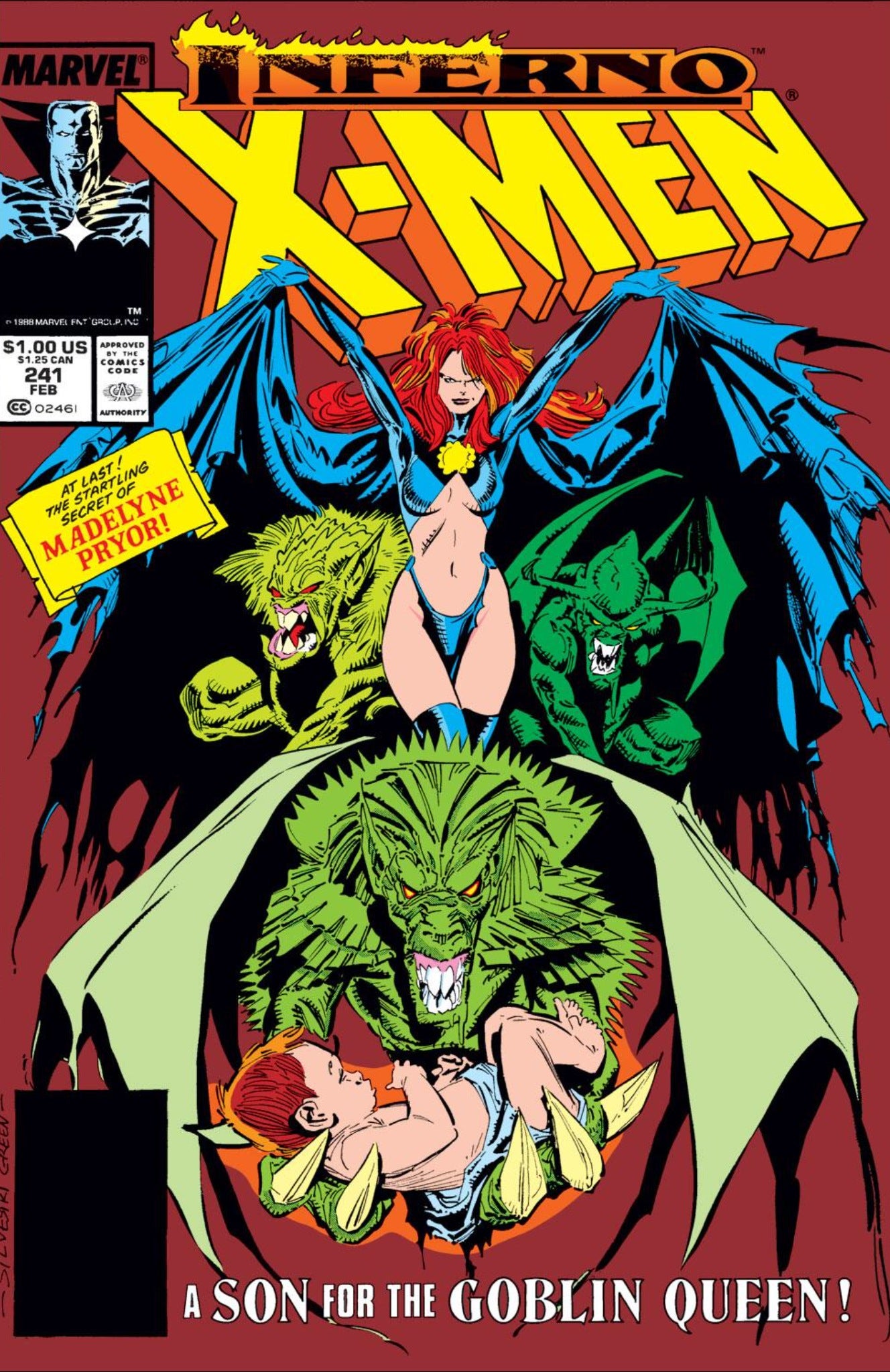 One of Marvel's very first company crossovers that impacted a number of its core books, "Inferno" most significantly impacted the mutant universe, namely the two prime X-Men groups, along with the younger New Mutants. In the crossover, two demons from Limbo, S'ym and N'astirh, attempt to take over the Earth, utilizing Colossus's sister, Illyana (of the New Mutants) and the Jean Grey clone Madelyne Pryor. New York City falls under siege during the demonic attack, which, in turn, impacted all of Marvel's "A" list heroes such as Spider-Man, Fantastic Four and the Avengers. However, it's a deal that's struck between Pryor and N'astirh that spells major trouble for the Marvel U, as the demon preys of Pryor's insecurities of Jean's return, and transforms her into the Goblin Queen.

"Inferno" ends with a riveting showdown between the X-Men/X-Factor teams, and the relatively new supervillain Mister Sinister, who was revealed to be responsible for creating Pryor from Grey's brain patterns. The storyline went on to establish Sinister as one of the chief threats for the X-Men. 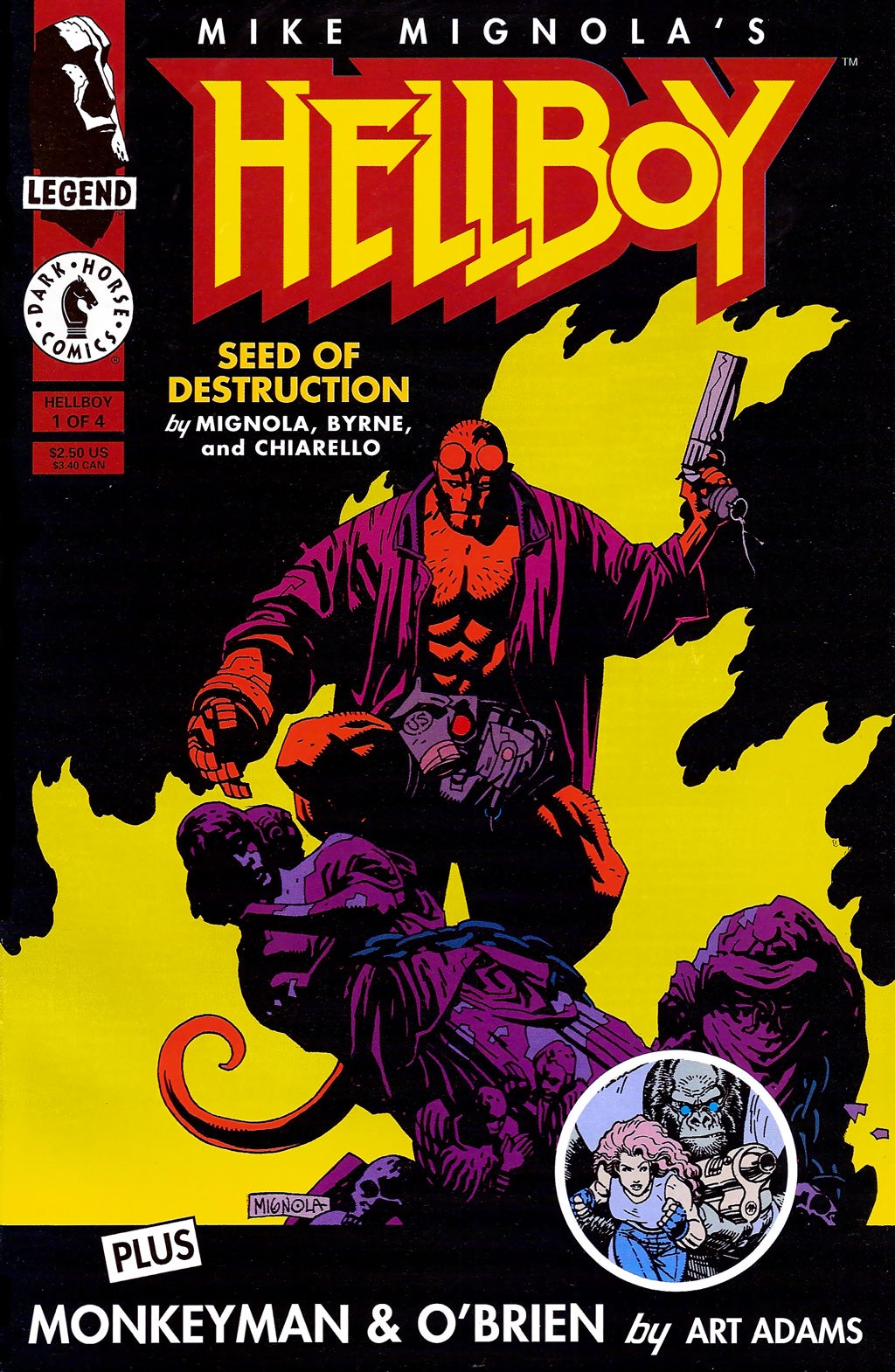 Unlike most of the other stories on this list, this comic book features a demon that is actually well-meaning and a clear cut hero, rather than an evil spirit or a complex anti-hero.

Seeds of Destruction marks the very first Hellboy miniseries, after the character was first introduce by artist Mike Mignola in 1993. Mignola collaborated with industry icon John Byrne for the mini and even received an Eisner Award for his artwork. Meanwhile, Seeds of Destruction has proven to be an influential independent comic (published by Dark Horse), serving as the basis for the 2003 Hellboy film.

The comic tells the story of an infant demon who is summoned from Hell by Nazi Occultist during the latter stages of World War II. The storyline mixes its horror and action in nearly equal doses, establishing a template that many other Hellboy minis would follow down the line. 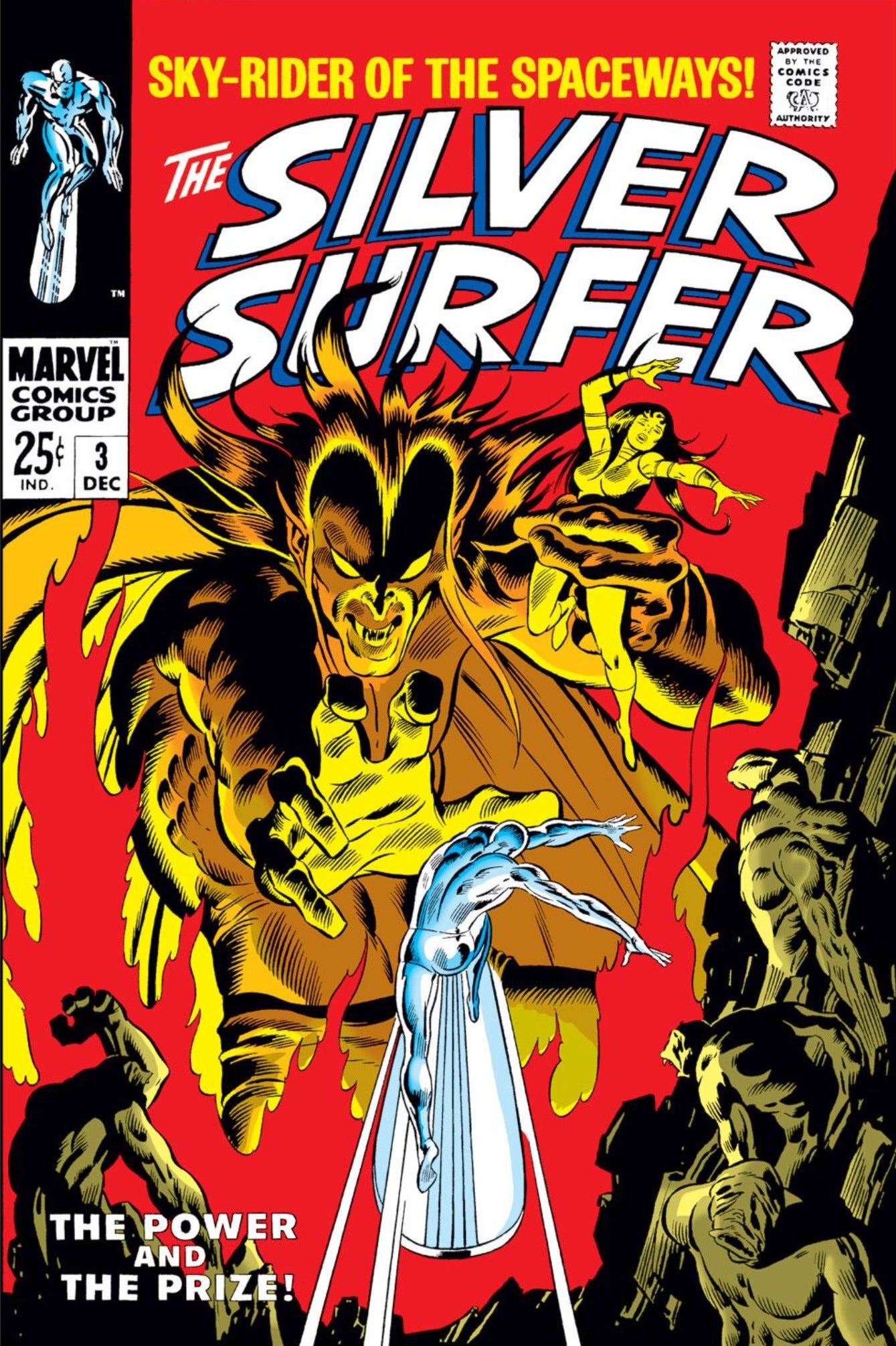 This classic Stan Lee/John Buscema issue marks the very first appearance of the villain Mephisto, Marvel's iteration of Satan. As such, the comic also introduces Mephisto's "realm," aka Marvel's version of the Underworld, or hell.

In actions that seem quite fitting for the devil, Mephisto spends the bulk of this story trying to tempt the stoic Surfer in order to gain possession of his soul. As the Surfer continues to rebuff Mephisto's advances, the demon gets increasingly more agitated and kidnaps the Surfer's girlfriend, threatening to keep her soul unless the Surfer gives up his own in return. However, once Mephisto enters the Surfer's mind, he discovers that the character is filled with so much purity, he is disgusted and forces him out of the Underworld and back to Earth.

In addition to demonstrating just how evil Mephisto could be, the story is important in the development of the Silver Surfer as an enigmatic hero, a personality trait that would follow him through the following 45+ years. 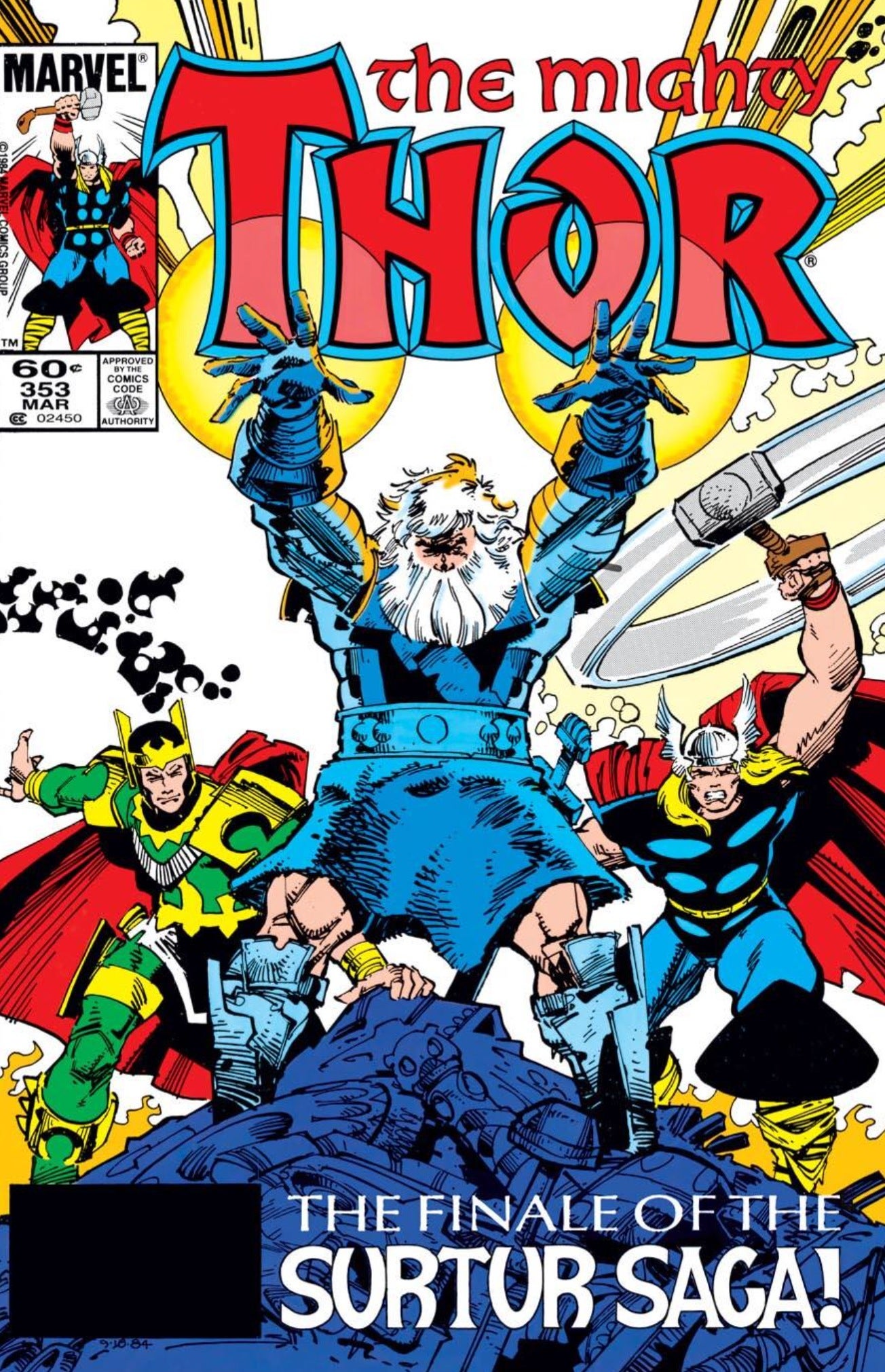 Walt Simonson made an instant impression during his tenure on Thor when he slowly unveiled this arc when pitted all of the forces of Asgard (including Thor, Loki and Odin all working together) against Sutur, an end times-bringing demon that is based on the Nordic fire giant, Surtr. "The Surtur Saga's" climax in Thor #353 is arguably one of the best single issues in the book's history, as it's filled with tense drama and a shock ending. It also has one of the funniest panels in Thor history when both Thor and Odin rally by claiming they fight for Midgard (Earth) and Asgard respectively, and Loki fittingly cries out, "for myself!"

While Surtur was created by Jack Kirby and Stan Lee during the Silver Age, Simonson unquestionably made the demonic villain his own. During the build-up to the arc's finale, Simonson, who scripted and illustrated most of these issues, would depict Surtur forging his giant sword while the words "Doom" would ominously appear on the page underneath the action. Never was a villain quite so foreboding. 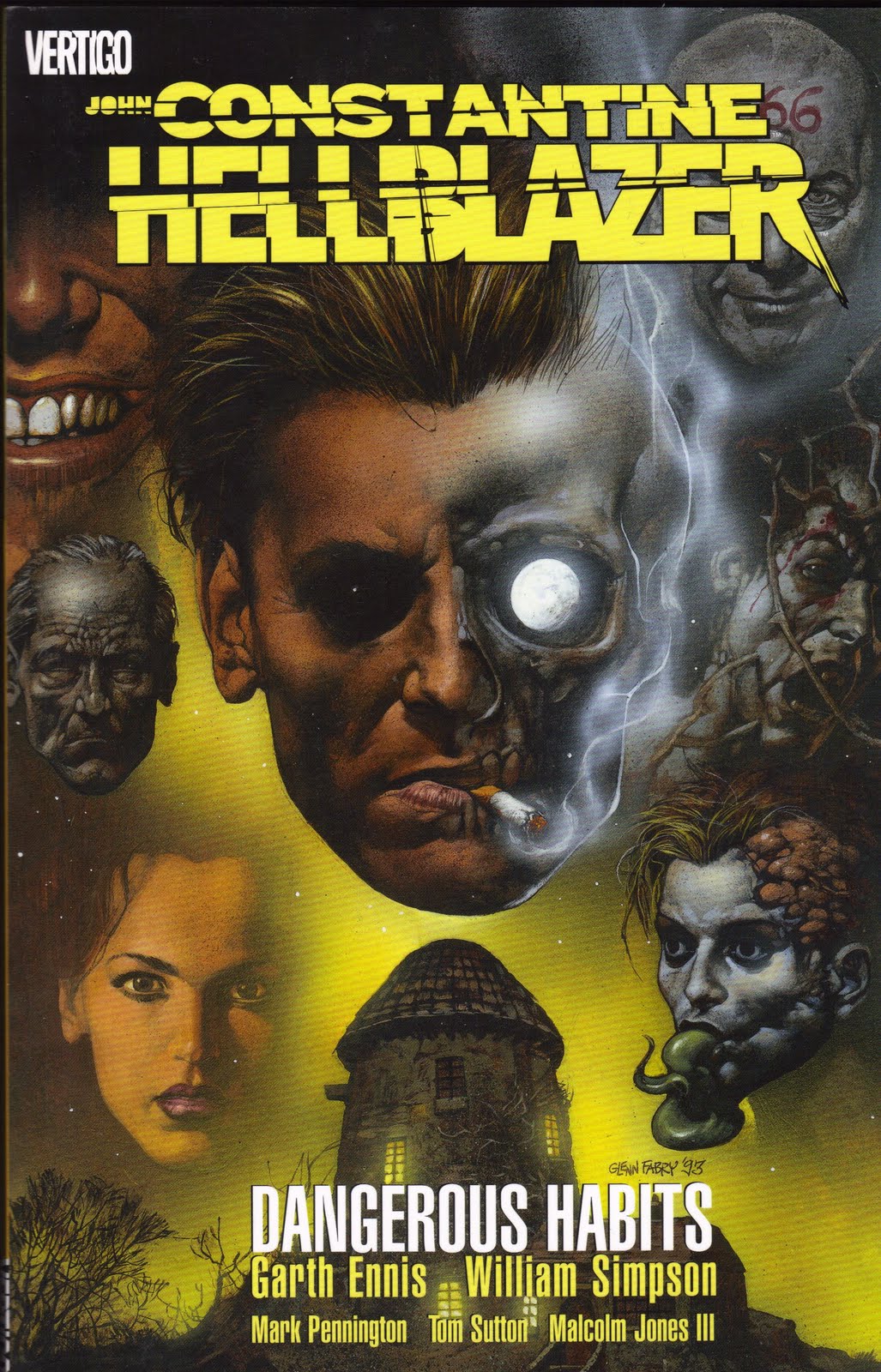 It takes a lot to beat the devil at his own game, but what John Constantine accomplishes in this phenomenal Hellblazer story from the genius mind of Garth Ennis, is beyond belief. When the chain-smoking occultist gets diagnosed with terminal lung cancer, and the First of the Fallen (aka, Satan), gleefully waiting to take his soul to the Underworld, Constantine develops one last con to top all other cons ever attempted. He promises his soul to two other demons, and when he's on the verge of death, the three hellspawn engage in a battle of tug-of-war that threatens the security of the entire Underworld. After seeing no other way to retrieve Constantine's much-desired soul, the First of the Fallen heals him of his cancer, promising to collect twice as hard once the three demons can peacefully figure things out.

The story is almost universally considered the finest Hellblazer arc ever written, and it was even adapted loosely for the much-maligned Constantine film with Keanu Reeves. But in terms of the horror genre for comics, "Dangerous Habits" is pure bliss – a story that is told with swagger and confidence that ends in the most wonderfully surprising way possible. Not to mention the image of Constantine flipping the devil the bird. 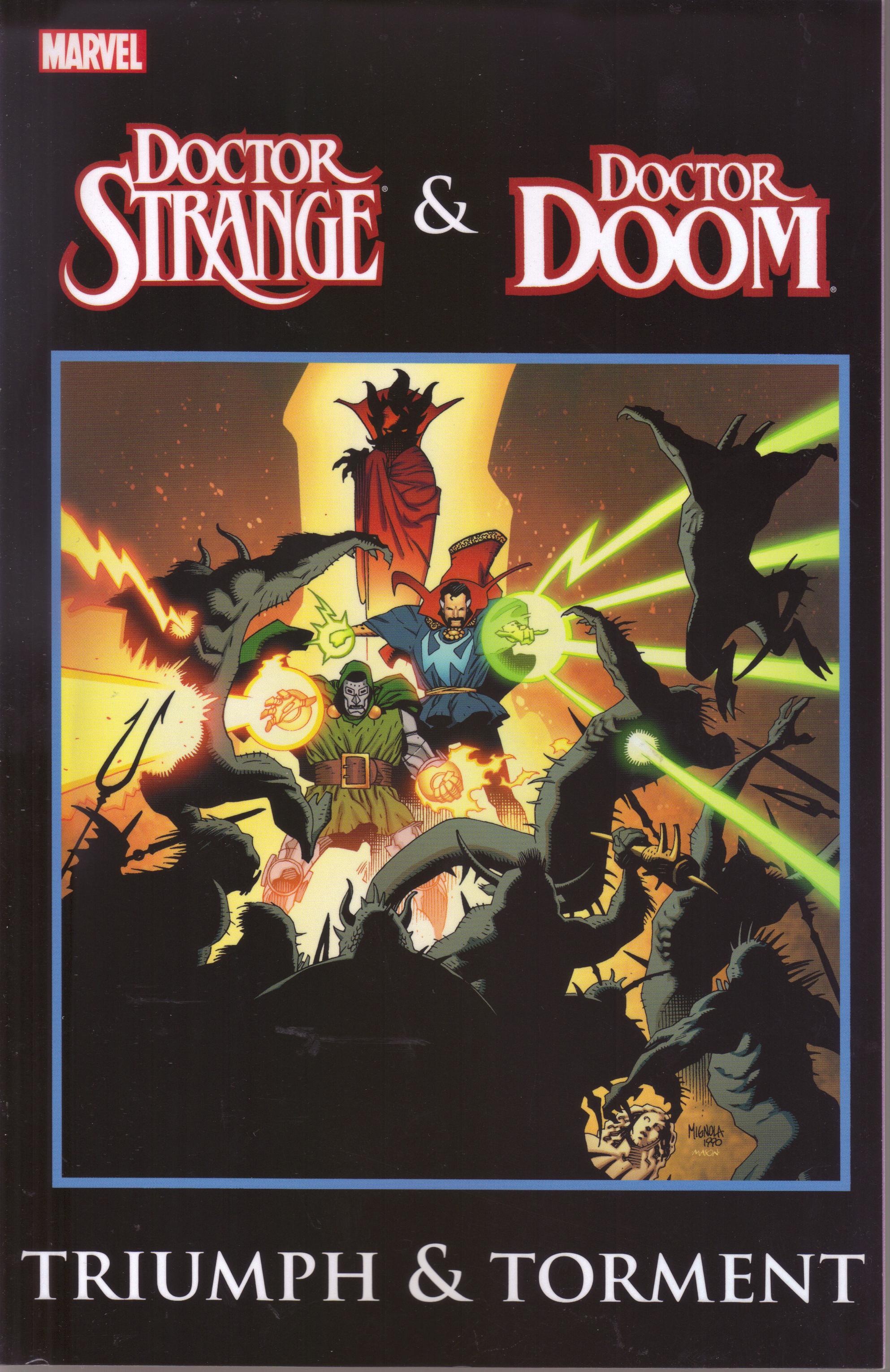 This original graphic novel from Roger Stern and Mike Mignola introduces the unlikely alliance of Doctor Strange and Doctor Doom, who join forces in an attempt to rescues Doom's mother's soul from Mephisto. As one would expect, Strange and Doom are uneasy allies, as the "Sorcerer Supreme" needs to be convinced by the Vishanti to accompany Doom on his seemingly futile quest in the first place. Doom, who dabbles in the darks arts but is mostly a man of science, often butts heads with Strange as the two get ever so closer to confronting Mephisto and rescuing the King of Latveria's mother, but the two ultimately work together – sorta, kina.

The epic climax of this story sees Doom needing to make a choice between rescuing his mother, or his captured frenemy, Strange. The choice he makes will absolutely surprise people, as well as the ultimate resolution to the storyline. Needless to say, Doom can and should be seen in a somewhat different light, though Stern still manages to keep all of the decisions in character. It's a shame that Strange and Doom are owned by different Hollywood entities (Marvel Studios and Fox, respectively), as this is one of the true underrated gems in Marvel's library that would make for a wonderful motion picture. 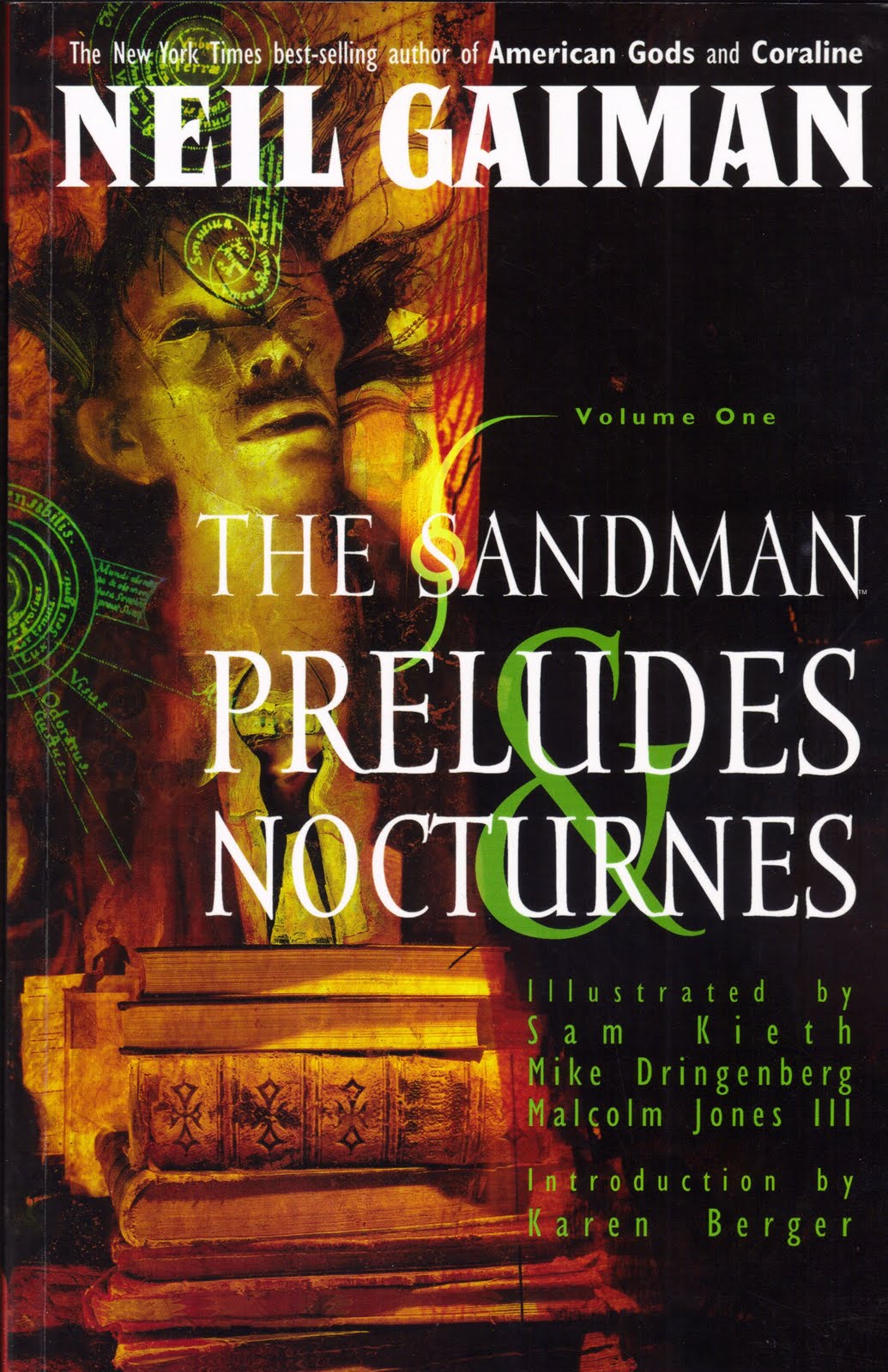 One who wants to get a sense as to why everyone who has read Neil Gaiman's Sandman series thinks it's so great should just sit down with the very first trade paperback, "Preludes & Nocturnes," which depicts Morpheus, aka, Dream's return to prominence. Gaiman's uncanny ability to tell an engaging story that is filled with delicate and complex language and imagery is on full display over the course of these eight issues (and would continue to be exhibited throughout the duration of his Sandman series).

After he escapes from being imprisoned by a magician seeking immortality, Morpheus starts his long journey back to overseeing the realm of Dreams. In one of the key sequences in this storyline, Morpheus travels to Hell to take back his Helm – a helmet that serves as one of this three symbols alongside his sand pouch and Dreamstone – from the demon Choronzon. But rather than fighting this hellspawn in a physical battle, the two instead engage in a "battle of wits," with all of reality serving as their battlefield. It's a match that is designed for Morpheus to lose and yet he finds a way to outsmart Choronzon in a scene that is as fun to read for the tenth time as it is on the first time.