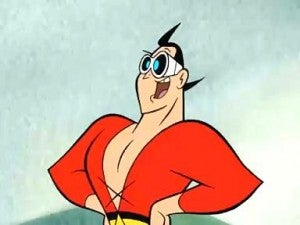 An unaired pilot for a Plastic Man cartoon has hit the web hard. It makes you long for Cartoon Network-fare of old. Check it out after the jump.

The pilot was created by Tom Kenny(Spongebob Squarepants) and Stephen DeStefano, who has worked on a ton of awesome series(check out his IMDB page.

This was a missed opportunity by Cartoon Network, and I wish there was more available. It's awesome and hilarious.