As 2011 draws to a close, I wanted to toss out some predictions for the upcoming new year. 2012 looks to be a banner year for comic books with DC’s new universe, Avengers Vs. X-Men, a possible Watchmen prequel, and several highly anticipated comic book movies. How will things turn out in the comic book world in 2012? Here are my predictions.

The Avengers Movie grosses over $500 Million at the U.S. box office. After seventeen weeks of dismal box office results to kickoff 2012, The Avengers movie becomes known as the movie that broke the slump. A fast-paced action adventure with a dash of humor that delights fans and critics alike, The Avengers opens big and flies high with positive buzz. The Avengers dominates the box office for several weeks and crosses just above the $500 million mark. DC Comics has a second re-launch. The initial DC relaunch continues to be a success, but not every title is a hit. As the anniversary of the New 52 approached, DC Comics announces plans to cancel about half of the original New 52 titles. However, for every title they cancel, DC Comics launches another title as a replacement in what they bill as phase two of the new DC Universe. 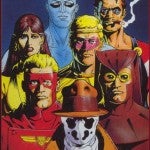 Watchmen 2 is the best-selling comic series of the year. I would predict there is going to be a Watchmen 2 prequel, but considering all the recent news, it looks more like a done deal than a prediction. So instead, I’m going to predict that despite (or maybe because of) the controversy, the Watchmen 2 will put up the type of sales numbers not seen in the comic book industry in decades.

Marvel Comics re-launches. After seeing DC Comics hit with the initial re-launch and with Watchmen 2, Marvel Comics pulls a re-launch of their own. The re-launch combines the Ultimate Universe with the regular Marvel Universe, and every title is started 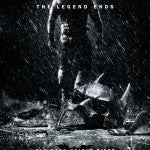 over with new first issues.