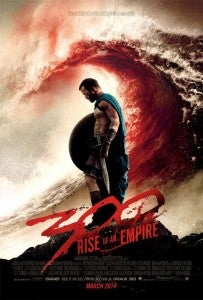 Warner Bros. has just released the second trailer for 300: Rise of and Empire.