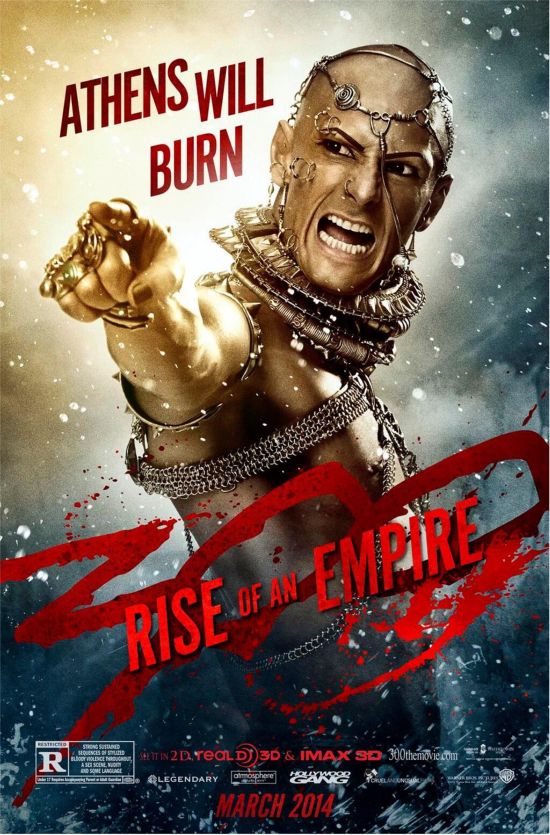 Warner Bros. has just released a brand new character poster for 300: Rise of and Empire. The poster features Rodrigo Santoro, who returns in the 300 sequel as Xerxes. In the poster, an angry Xerxes promises that Athens will burn.

300: Rise Of An Empire Xerxes Poster Promises Athens Will Burn