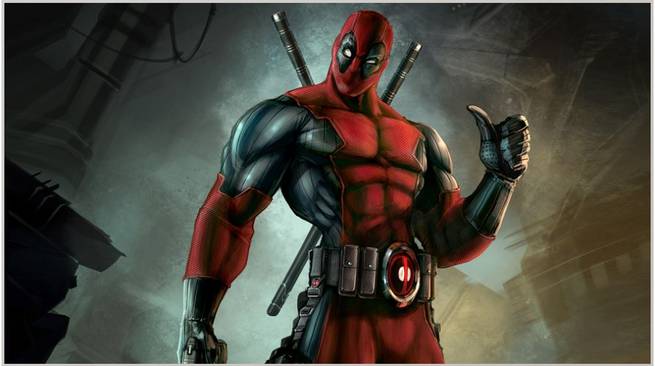 More details have emerged in recent weeks regarding the composition of 2016's Deadpool film, including a casting call for a lengthy list of characters (with pseudonyms) and the announcement that Gotham and Homeland actress Morena Baccarin has been confirmed for the cast. Still, many fans are waiting on more details regarding the movie's plot and tone – would it be similar to the test footage that famously leaked last summer leading to the resurrection of a Deadpool film project or go in a completely new direction?

While we wait, we thought we'd offer a few suggestions/wishes regarding Deadpool's tone and theme. We understand that it's rare for a superhero movie to be a line-for-line adaptation of a comic book, but that doesn't stop us from cherry-picking some of our favorite elements from the funny books to construct this list. 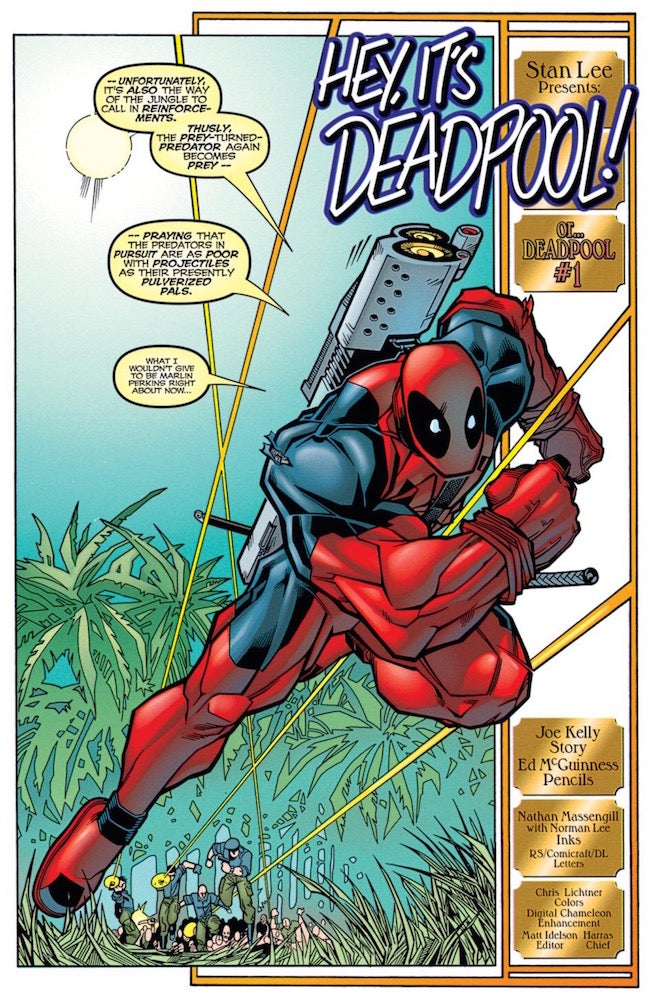 1. Merc with a Mouth

This one might seem obvious — Deadpool is known as the "Merc with a Mouth" after all. But those who remember the shocking character design in 2009's X-Men Origins: Wolverine might understand the need to spell this out for next year's Deadpool movie: please don't sew Deadpool's mouth shut. Just don't. Please. Thanks much.

Fortunately, if the Deadpool test footage that leaked last summer is to be trusted, this time around it appears that Deadpool will be the wise-cracking, incessant chatter box we all know and love from the comics (it doesn't hurt that the character is also wearing something that closely resembles his costume from the comics — and no bizarre mutated sword-arms). Still, fool me once, shame on you. Fool me twice and watch the hate rain down on this movie like it's a thunderstorm. 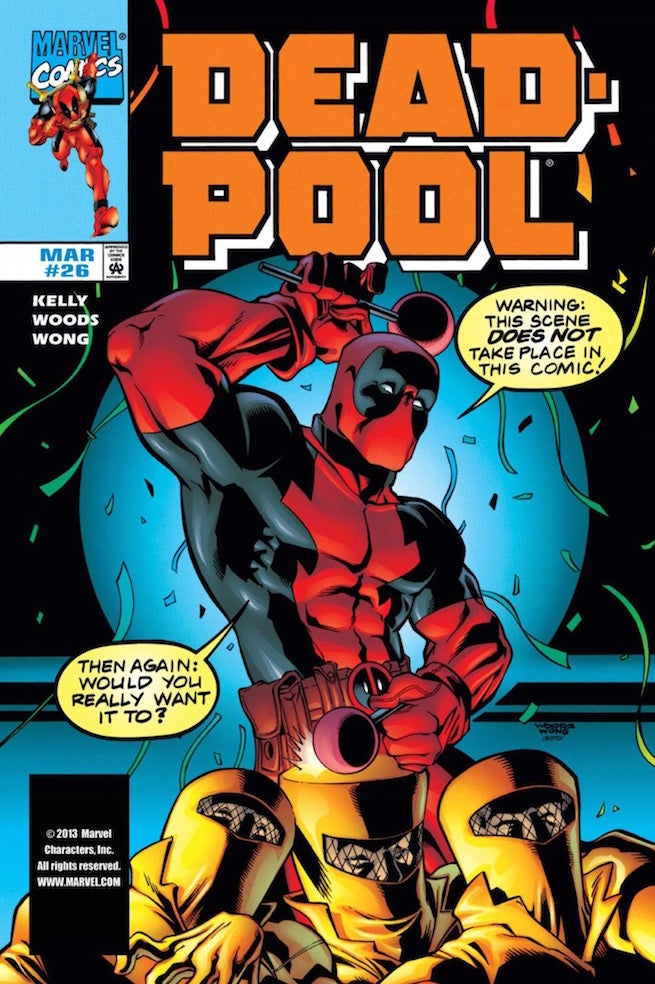 There may not be a better character in comics at breaking the fourth wall than Deadpool. Whether he's referencing the fact that he looks like Ryan Reynolds or showing up on the cover of one of his comics talking about how he's talking to you from the cover of one of his comic books, a big part of what makes Deadpool so funny and unique is just how anarchic his sense of humor comes across when compared to pretty much every other "Big Two" superhero out there. Heck, even the video game version of Deadpool breaks the fourth wall – he attacks you with his health and hyper combo bars in Marvel vs. Capcom 3.

There's obviously plenty of opportunity for worthwhile meta/fourth wall jokes for movie Deadpool. Ryan Reynolds's acting career alone is like shooting fish in a barrel (Green Lantern references, anyone?). Or if Fox has a sense of humor about how Deadpool was received in X-Men Origins: Wolverine, he can make a joke or two about the fact that his mouth isn't sewn shut and he doesn't have swords for arms anymore. Given the somewhat surprise way this movie came to fruition – after being inexplicably cast aside for years only for some leaked test footage to reignite fan interest – one would hope that Fox approaches this film with an open mind and as little ego as possible. 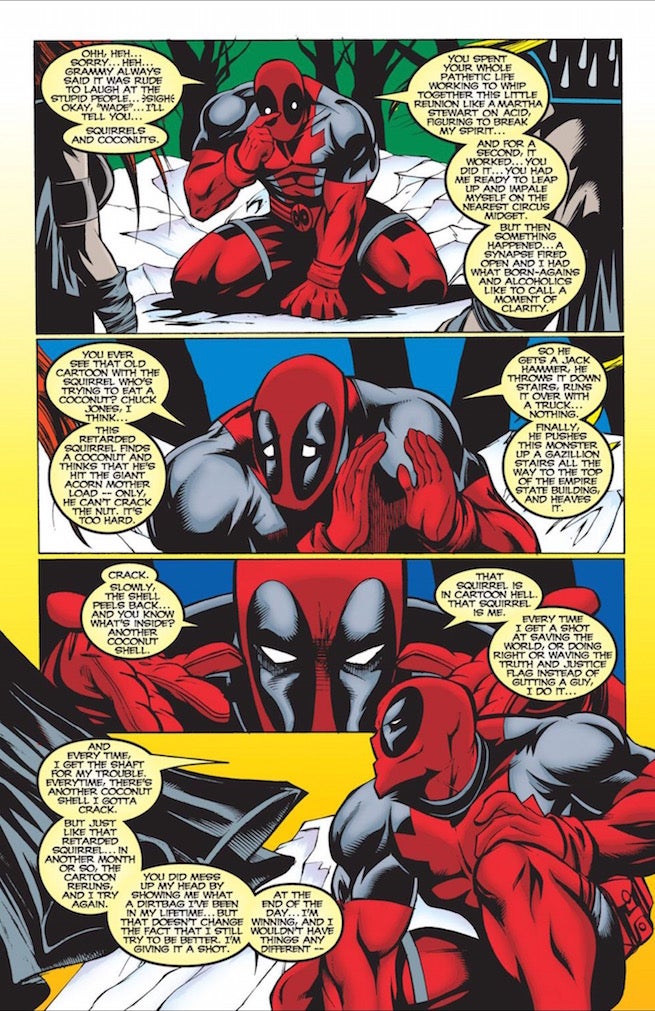 3. The Squirrel with a Coconut

This one's a bit of an addendum to entry No. 1. Obviously, any Deadpool movie needs to capture the character's unique sense of humor, but it can't be devoid of any nuanced characterization or pathos either. Some of the greatest creators to ever work on Wade Wilson understand that underneath the jokes and the chimichanga references, there is a tortured individual whose base instincts want him to do the "right" thing, but often fails to do so in spite of himself.

One of the greatest scenes to ever depict the complexity of Deadpool's personality comes in the final issue of Joe Kelly's character-defining run in the mid/late 1990s. While confronting his chief adversary T-Ray, Deadpool talks about a squirrel and a coconut. The squirrel thinks he's hit the "giant acorn mother load" but discovers he can't crack the coconut. After struggling with it, he finally succeeds in cracking the coconut only to reveal another coconut. Wade likens himself to that squirrel — every time he tries to do something right (like saving the world), he somehow ends up with "the shaft." And yet he tries and tries again.

When you consider the level of self-awareness that goes into Deadpool's speech, the character becomes even more sympathetic. A character that talks a mile a minute and drops catchphrases and snappy comebacks will be a lot of fun to watch on the big screen. But one that audiences can also connect to on a deeper level is one that cinematic franchises can be built around. 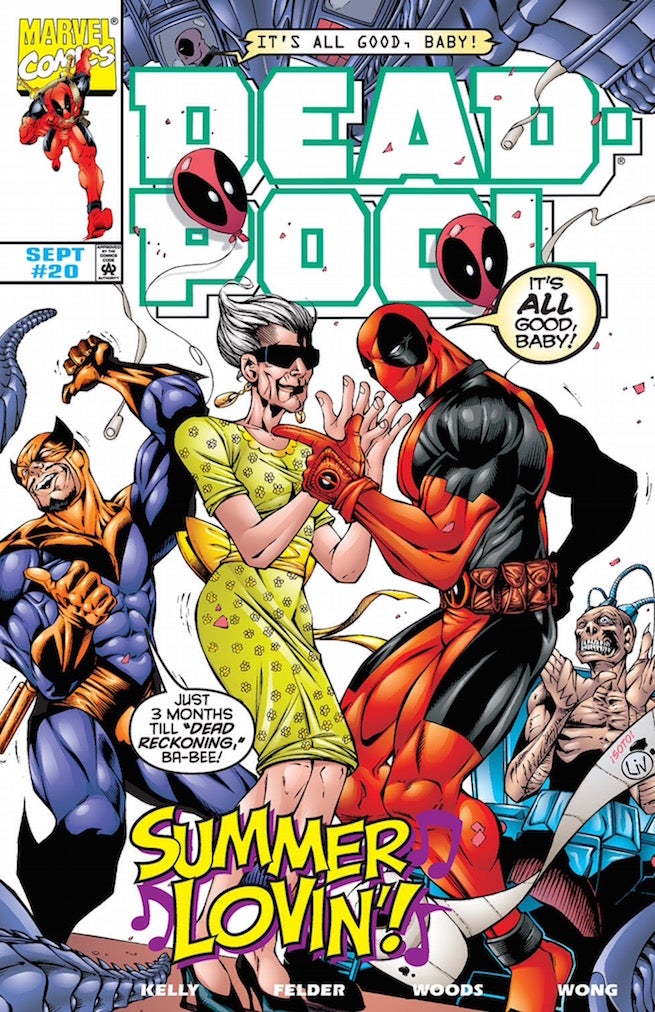 Another defining trait of Joe Kelly's Deadpool run was its outside-the-box supporting cast: namely two characters Weasel and Blind Al. Weasel was a brilliant college student with big aspirations before finding himself as Deadpool's sidekick and tech guy (it's later revealed through the excellent Deadpool #11 that Wade went back in time, took Weasel on a drinking binge, leading to the character's fall from grace). Silicon Valley's T.J. Miller, who is rumored to be in the running to play Weasel in the Deadpool film, would be an excellent choice.

Blind Al will probably be a bit tougher to get right on film as the character is quite beyond the norms of what one tends to expect from comic book movie supporting cast member. Al is an elderly blind woman who lives with Deadpool — but she's hardly a matronly character who stands around making Wade wheatcakes, giving him motherly advice. Instead, she's a former British agent who's captured by Deadpool and (more or less) is held against her will in his home. But the character has also developed a bit of "Stockholm Syndrome" and is depicted as being appreciative of having a roof over her head. Blind Al is going to be a super complicated character to get right, and it's more than likely that her nuance will get lost in the shuffle of the adaptation. That doesn't mean it wouldn't be great to see Fox at least try to faithfully adapt the character for the big screen. 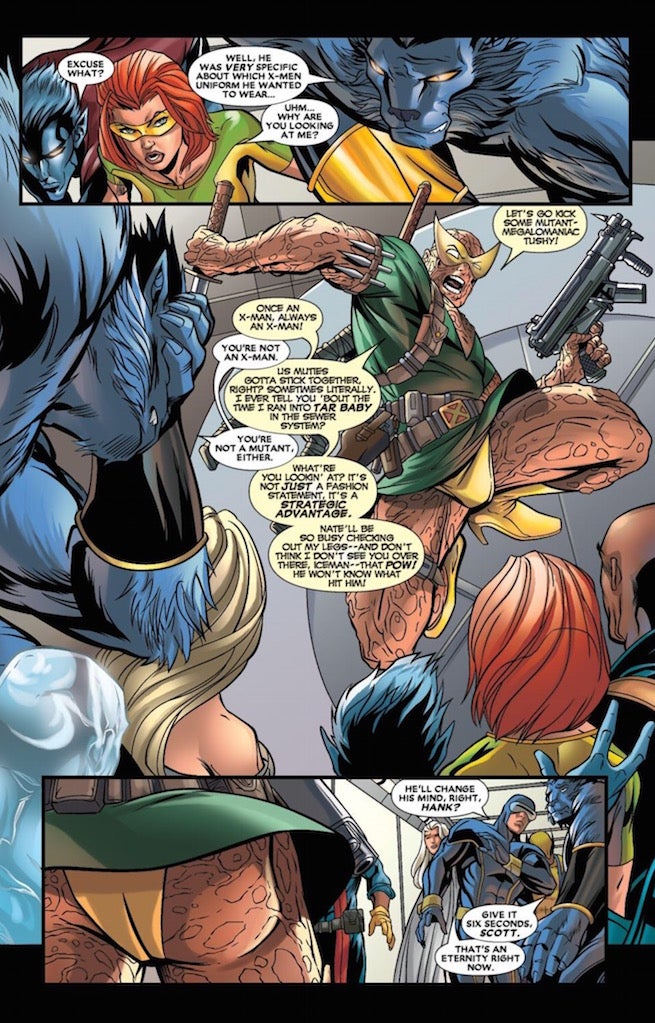 Because he's a funny guy and a prankster, there might be a temptation to characterize Deadpool as someone who is well-liked throughout Fox's iteration of the Marvel Universe. But that would be a mistake. The fact that most opinions of Deadpool run the gamut between "mild irritant" to "arrogant, self-centered jerk" is part of what makes the character so compelling for readers. It plays into the squirrel and the coconut analogy Deadpool made about himself during the Joe Kelly run (see entry No. 3). Even when Deadpool sets out to be inherently good, one way or another he is never recognized by the public or his peers for his heroism or selflessness.

One of the best examples of this came during a Fabian Nicieza and Patrick Zircher issues of Cable and Deadpool. Deadpool was recruited by the X-Men to help them track down Cable (who Deadpool sorta/kinda had a working relationship with). Deadpool agreed to help on one condition – he wanted to fight alongside the X-Men wearing the classic garb of Marvel Girl (Jean Grey's original identity during the Stan Lee/Jack Kirby run). When Deadpool shows up in the costume, his teammates are immediately embarrassed and attempt to distance themselves from the him. Deadpool keeps referring to himself as an honorary X-Man and a mutant (and the X-Men keep reminding him that he is neither).

Was this scene absolutely hilarious for the reader? Absolutely. But what makes the scene so memorable is the fact that it's plainly obvious that the X-Men want nothing to do with Wade. They find his entire act asinine and the sooner they work together to find Cable, the sooner they can go back on their separate paths. While Deadpool would later become a member of X-Force, for his first solo film, it would probably be important to reaffirm just how much of an outcast Wade is.

5 Things We Want to See in a Deadpool Movie