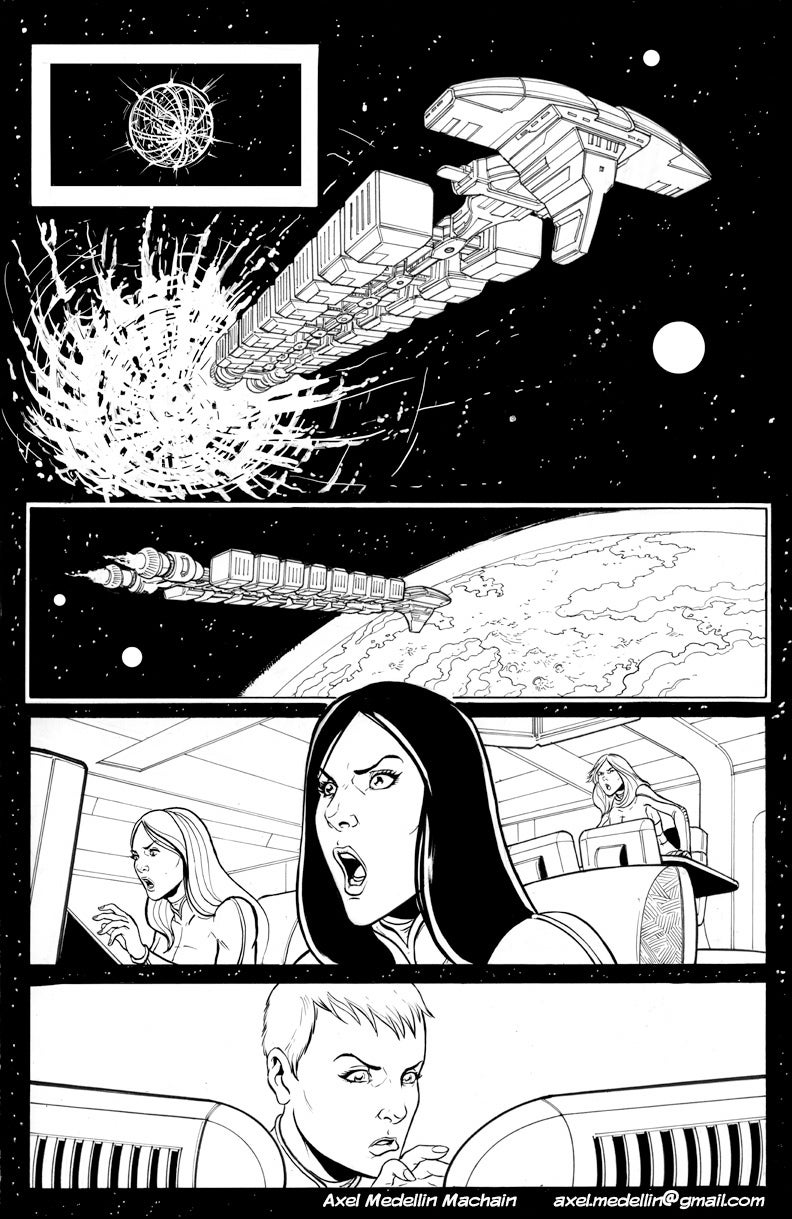 After a nationwide search, lots of pouring over submissions and narrowing it down to ten finalists, Image Comics and Frank Cho are proud to announce the winner of the 50-Girls-50 artist contest. Cho, one of the most famous writer/artists in comics, and writer Doug Murray announced that Axel Medellin is the winner of the contest! At last month's Baltimore Comic-Con, Cho unveiled the top ten finalists of the nationwide search for the artist for this mini-series, a sort of all-female version of Star Trek. "Judging was very difficult. We had to grade the entries on multiple counts: the fidelity to the model sheets produced by Frank, the story-telling displayed, the quality of the layouts—all of these factors came into play. We managed to pick the final four artists, but choosing a winner out of the four was extremely difficult since each artists had what we were looking for in terms of quality and clear storytelling skills," said Murray. The first issue of the mini-series will be released in 2010. The image posted here is a sample of the winner's fine work! Cho had nothing but positive things to say about the contest, "Thank you all for the time and effort you put into this. Also for the simple humanity and kindness you showed each other within the various threads of the 50-GIRLS-50 blog. I was as impressed by that as I was by the artistry of your entries."