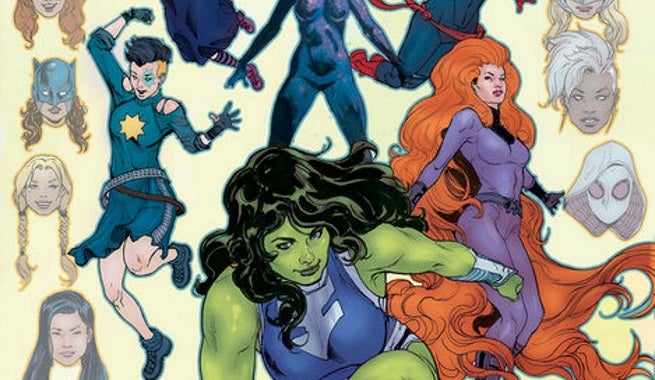 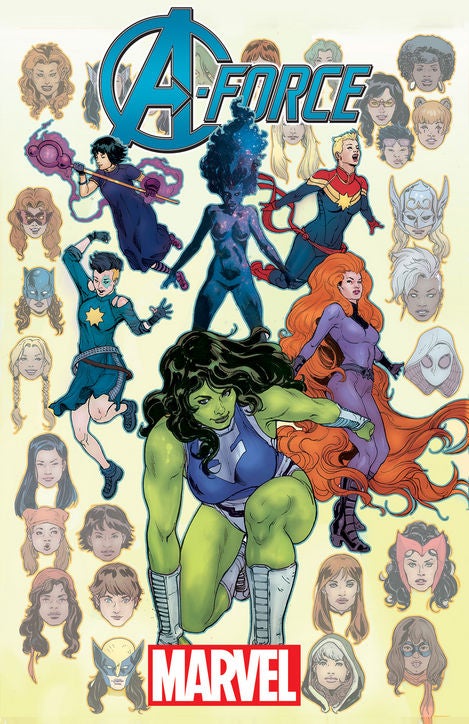 "We thought it would be cool to take all these female characters who have no reason to interact and put them all in the same book," says Wilson. "It's a fan's dream to see these characters with very different background stories having to work together. And it's very exciting to imagine what a world run by women would look like. There are a lot of moments about that—and then there's giant sharks and punching things, too."

The new A-Force series will kick off when Singularity, a new character introduced in the A-Force Secret Wars series, finds her way into the post-Battleworld Marvel Universe. Singularity will become the center of the series, and the team, with She-Hulk, Captain Marvel, Medusa, Dazzler, and Nico Minoru becoming key allies. However, if the first issue's cover is to be believed, there's no telling who might show up in an issue of A-Force.