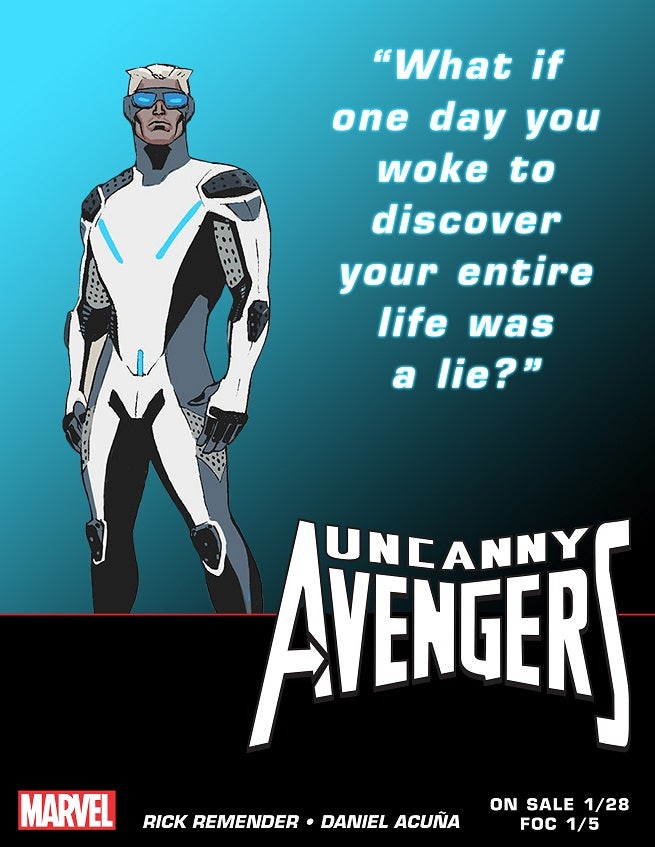 Quicksilver will discover that he's been "living a lie," in Rick Remender and Daniel Acuna's upcoming relaunch of Uncanny Avengers, Marvel has teased in a new poster released today.

"From the ashes, a new team of Avengers assembles," says that caption in the e-mail to members of the press.

The series is expected to deal with the revelation that Quicksilver and Scarlet Witch are in fact Inhumans, and not mutants as has long been assumed.

Of course, we've got some alternative answers for what their deal might be...

If you want this title, preorder Uncanny Avengers by January 5.

A New Avengers Team Rises From the Ashes, Featuring Quicksilver Living a Lie