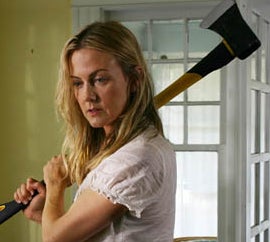 Today's the day for the release of The Walking Dead minisodes, the webseries directed by special effects master Greg Nicotero and appearing in six parts on the AMC's Walking Dead website.

Showing the life of Hannah, a woman who will eventually become The Bicycle Girl, a popular zombie from the show's pilot, the minisodes have the distinction of not being adapted from any of Robert Kirkman's work and of doing something he rarely does in the comics: Exploring the world of these characters before the mysterious plague that started allowing the dead to walk again.

The Walking Dead returns for a second season on AMC on October 16, coinciding with the last day of the New York Comic Con. Last year, the series debuted on Halloween.

"A New Day" For AMC's The Walking Dead