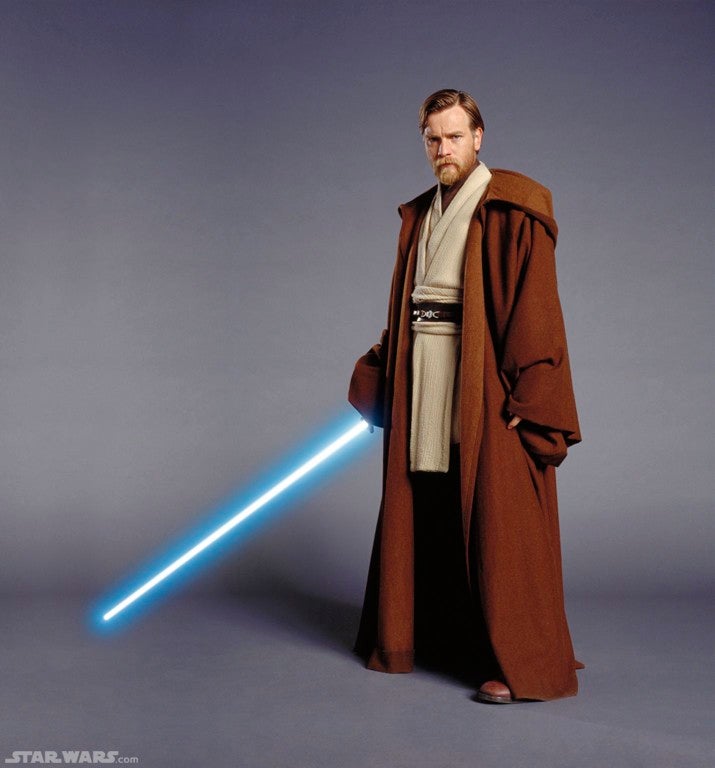 A trilogy of Obi-Wan Kenobi films is reportedly in development.

According to movie website Cinelinx, which stressed to treat all information as rumor at this time, Disney and Lucasfilm are very interested in making three Obi-Wan movies set between Revenge of the Sith and A New Hope. While the three films would have some connective tissue, they would exist independently of one another. Think of it as a James Bond approach to the Star Wars universe.

Cinelinx's unnamed sources also mention that Lucasfilm already has the general premise for each film mapped out. According to the source, one film would take place entirely on the planet Tatooine, while the other two would have Obi-Wan trekking across the galaxy. While the Jedi Master would likely encounter many familiar faces from the Clone Wars, the source specifically mentioned appearances by Darth Maul and Qui-Gon Jinn.

Since everything is still speculatory at this point fans will just have to trust their feelings. Seeing as how Lucasfilm has barely scratched the surface on their next trilogy of primary Star Wars films, concrete information on potential shoots is likely--well--a galaxy far, far away.

Why Have Mike Tyson and Chris Jericho Joined Forces on AEW Dynamite?