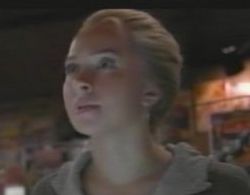 According to OK! Magazine, Hayden Panettiere wants Peter Petrelli gone, and she wants it now! In the wake of Panettiere's breakup with fellow Heroes star Milo Ventimiglia, the actress is reportedly trying to get series executives to fire Ventimiglia. A source told the magazine that Panettiere is refusing to be on set at the same time as the actor and that her actions are causing a huge distraction with fellow members of the cast and crew. Panettiere reportedly ended her relationship with Ventimiglia last month. The couple had been dating for about 10 months. A 12 year age difference between the two is cited to be the reason for the break-up. According to Monsters & Critics, "It was a lifestyle conflict," a source said. "They were in very different places. Hayden is young. She likes to go out in the Hollywood scene and that's not Milo's style." The OK! Magazine source went on to say that Ventimiglia doesn't harbor the same feelings of resentment as that of his ex and that he refuses to stoop to her level by playing games. A spokesman for Hayden claims that these allegations are false. But if they are true, the actresses’ campaign to fire Ventimiglia could backfire, resulting in her character being written off the show or Panettiere being replaced. It all depends on if a happy medium can be reached and who Heroes producers think is more vital to the success of the show.

A War Of The Roses Could Cause Changes On Heroes