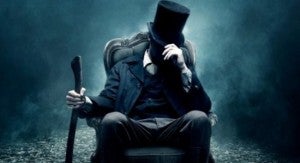 A new clip from the upcoming film Abraham Lincoln: Vampire Hunter provides some insight into what turned the future President of the United States into an unstoppable warrior against the undead.

Egged on by his mentor to hack away at a tree, Lincoln's axe strikes get more and more powerful and his anger over his mother's death and the attendant helplessness and weakness he and his family felt amps up.

It's an interesting, odd sequence that's a bit reminiscent of Dale Cooper's rock-throwing "investigative" technique in the first season of Twin Peaks. Which isn't entirely a bad thing, of course.