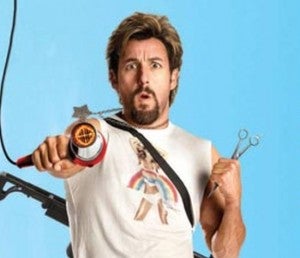 Here’s some of the most unusual casting news to come along in awhile, and remember the more unusual it is the faster that it tends to spread online. According to Latino Review, Marvel Studios is asking about the availability of both Jim Carrey and Adam Sandler for Guardians of the Galaxy. While there is no word on what characters either actor would be playing, the news has sent comic book movie fandom into a tizzy.

As far as Jim Carrey, most fans are speculating that he might be up for the role of Groot and that he might actually do a pretty good job as the character. The rumor involving Adam Sandler seems to be generating quite a bit more controversy. Most of the speculation around Adam Sandler seems to revolve around Rocket Raccoon. Previous to this new rumor, Michael Rooker’s name had been coming up most often in speculation for the Rocket Raccoon role.

In the same report, Latino Review claims that the search is still going on to fill the Star-Lord role, and Wes Bentley, Chris Lowell, and Cam Gigandet are currently new names among actors auditioning for the role. The Guardians of the Galaxy is set to be released in theaters on August 1, 2014.

Adam Sandler & Jim Carrey Up For Guardians Of The Galaxy Roles

Mortal Kombat Producer on Characters That Didn't Make the Cut