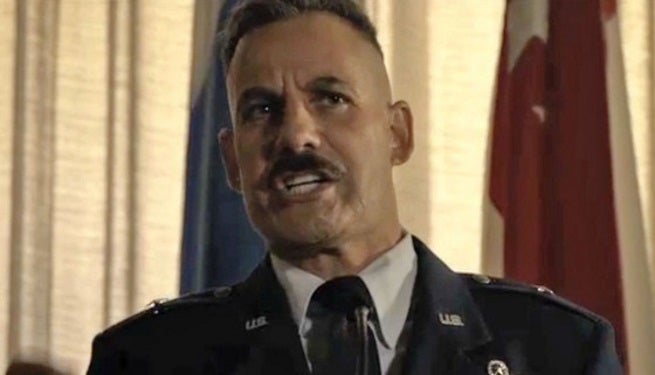 Marvel Studios and ABC have released a new clip from this week’s episode of Agents of S.H.I.E.L.D., titled “A Fractured House” (via E!)

The clip shows Glenn Talbot standing in front of the United Nations, recounting that one time that a Nazi splinter group pretended to be S.H.I.E.L.D. in order to help the Avengers fight an alien invasion of New York City.

Talbot is trying to convince the United Nations that S.H.I.E.L.D. is a threat. Just as one delegate asks for some proof of this assertion, some “S.H.I.E.L.D. agents” attack to room.