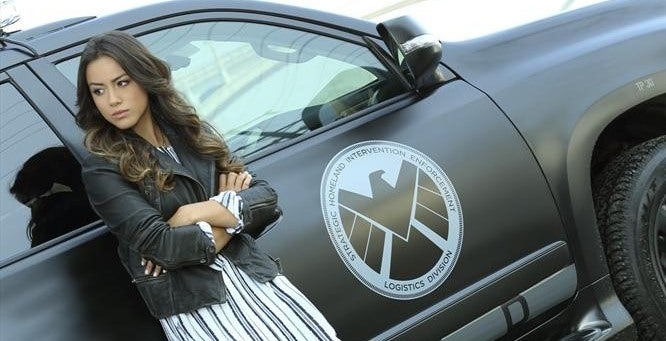 Well, this is probably the closest will ever come to putting Squirrel Girl on Agents of S.H.I.EL.D.

In an interview on The Late Late Show With Craig Ferguson, Agent Skye actor Chloe Bennet revealed that she had a pet squirrel when she was a child. After capturing it with an umbrella and some nuts, Bennet said that her parents made her release back into the wild. Apparently, owning a squirrel is illegal in her home state of Illinois (that, and it's also a tad bit strange).

If--or when--Marvel does decide to incorporate Dorreen Green into their cinematic universe, they'll have to make sure the actor speaks with Bennet first.

Agents Of S.H.I.E.L.D.: Chloe Bennet Talks About Her Pet Squirrel