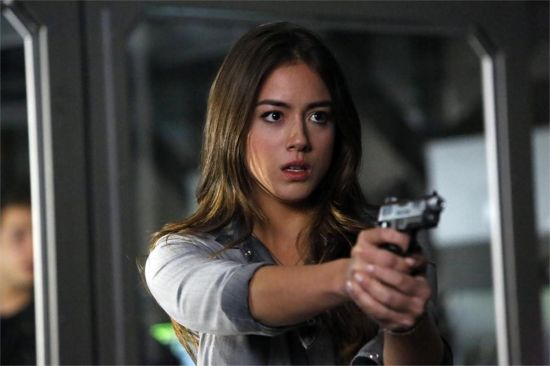 Those wondering what the impact of Captain America: The Winter Soldier will be on Marvel's Agents of S.H.I.E.L.D. will find out for sure on Tuesday, when Coulson and his team are caught between Nick Fury and Victoria Hand, in what seems to be part of the larger "Spy vs. Spy" game going on at S.H.I.E.L.D.

A new clip -- apparently from the episode's cold open -- picks up where last week left off, as "Turn, Turn, Turn" begins with everyone pointing guns at Melinda May, who insists she's been working with Nick Fury all along and that her apparent betrayals are harmless.

So if it wasn't her, who was talking to The Clairvoyant? She's got a suspicion...

Agents of S.H.I.E.L.D. Clip Pits the Team Against May and (Maybe?) Explains Fury's Role