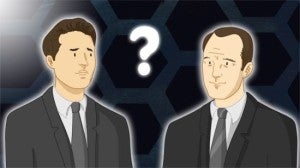 For quite some time, there’s been a lot of Internet debate over Agent Coulson’s sexual preferences, which seems to have found new life with the premiere of Agent of S.H.I.E.L.D.

However, during The Avengers, there were also a couple references made to Coulson dating a cellist. And while some will argue the cellist could be a he, others will point out that in one scene, Coulson seems to indicate that “she” moved to Portland.

Agents Of S.H.I.E.L.D.: Does Agent Coulson Have A Secret?