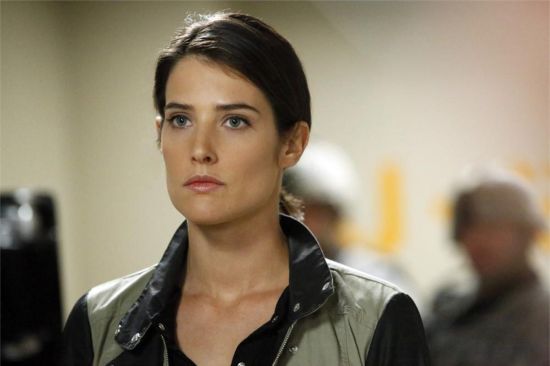 ABC has released three sneak previews for tonight’s episode of Agents Of S.H.I.E.L.D., which is called  “Nothing Personal.” We’ve pulled them all together in one article, as a sneak preview at the episode.

The first sneak preview is an overview of the episode, which includes Deathlok attacking Skye. In the second clip, Agent Coulson and his team run into Col. Talbot. In the third clip, Agent Maria Hill runs into Agent Melinda May.

In the “Nothing Personal” episode, just when there’s no one left to trust, Agent Maria Hill (Cobie Smulders) — from Marvel’s The Avengers and Marvel’s Captain America: The Winter Solider — returns to team up with Coulson as S.H.I.E.L.D. is being destroyed around them.

The “Nothing Personal” episode was written by Paul Zbyszewski & DJ Doyle and directed by Billy Gierhart. Marvel’s Agents of S.H.I.E.L.D. airs on Tuesday, April 29, 2014 at 9 PM ET on ABC.

Agents Of S.H.I.E.L.D. Episode 20: Nothing Personal