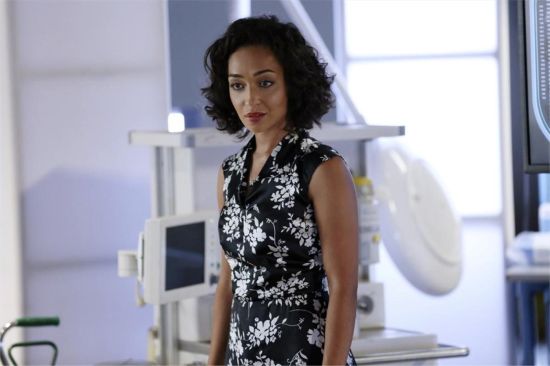 Marvel has released three brand new sneak preview clips for Agents of S.H.I.E.L.D.  Episode 5, which is called "Girl In The Flower Dress." The first clip is actually the first four minutes of the episode, which shows a girl in a flower dress meeting a man who can generate fire with his hands.  The second clip shows Skye and Agent Ward bonding over a game of Battleship. The third clip contains a pretty huge spoiler for the episode, so we won't describe it here, but watch it if you dare. In total, the three clips account for nearly eight minutes in footage from the episode. In "Girl In The Flower Dress," an elusive girl in a flower dress may hold the key to the mystery that brings Coulson and team to Asia to rescue a young man with an unusual and dangerous power. Meanwhile, Skye has a secret that jeopardizes her relationship with the team right when they need her most. "Marvel's Agents of S.H.I.E.L.D." stars Clark Gregg as Agent Phil Coulson, Ming-Na Wen as Agent Melinda May, Brett Dalton as Agent Grant Ward, Chloe Bennet as Skye, Iain De Caestecker as Agent Leo Fitz and Elizabeth Henstridge as Agent Jemma Simmons. Guest starring are Louis Ozawa Changchien as Chan Ho Yin; Ruth Negga as Raina; Austin Nichols as Miles Lydon, Shannon Lucio as Debbie, Tzi Ma as Agent Kwan, Cullen Douglas as Po. "Girl In The Flower Dress" was written by Brent Fletcher and directed by Jesse Bochco. The "Girl In The Flower Dress" episode of "Marvel's Agents of S.H.I.E.L.D." airs on Tuesday, October 22, 2013 from 8:00-9:00 PM ET on ABC.

Agents Of S.H.I.E.L.D. Episode 5: Girl In The Flower Dress