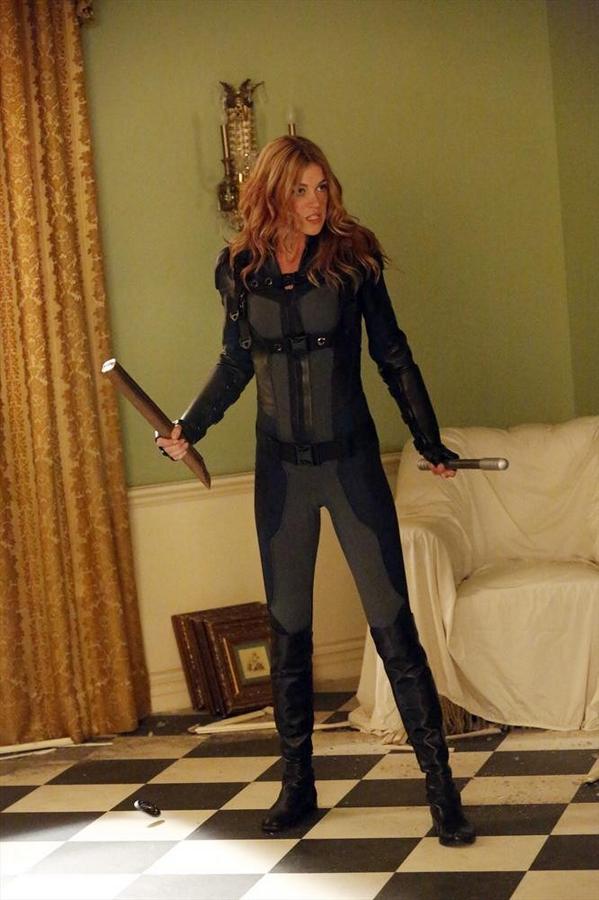 After finally releasing our first look at Adrianne Palicki in costume as Mockingbird earlier this week, the official Twitter account for Marvel's Agents of S.H.I.E.L.D. have just released a new look at the character -- this time actually in action on the show, rather than the concept art and key art images released previously.

You can check out the image above and the tweet below.

Marvel's Agents of S.H.I.E.L.D. airs Tuesdays at 9 p.m. ET/PT on ABC. This week's episode will feature previously-unseen footage from Avengers: Age of Ultron.

Agents of S.H.I.E.L.D.: First Look at Mockingbird in Action