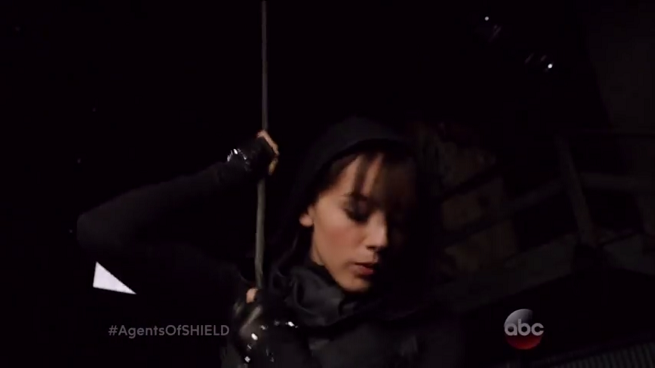 A fan has posted a new TV spot for Marvel's Agents of S.H.I.E.L.D. online, showing off what appears to be the first footage from the second season.

The focus on protecting others "even when they don't know it" is interesting because, of course, that's how S.H.I.E.L.D. operated for years in the context of the Marvel Cinematic Universe before all the crazy stuff they investigated was "outed" to the public in Marvel's The Avengers and they became  a public organization.

All those years operating behind a veil of secrecy likely helped Hydra grow from within and builds the distrust that Coulson and his team seem to be facing at the start of the second season, though, so it will be interesting to see how and whether they build on that, either here or in Marvel's Agent Carter, which will run its episodes during Agents of S.H.I.E.L.D.'s extended holiday/midseason hiatus.