In a recent conversation with Amelia Cole co-writer Adam P. Knave, we were discussing Marvel's Agents of S.H.I.E.L.D., and along came this crazy theory about the identity of The Clairvoyant. The central baddie in Agents of S.H.I.E.L.D. has been predicted by many fans (and we reporters covering the show) to be somebody directly involved with S.H.I.E.L.D., likely someone with ties to this spring's Captain America: The Winter Soldier, which will reportedly tie into the show's back nine in a big way. It makes sense, because as far as anybody can tell, that movie has a lot of elements of the old Nick Fury vs. S.H.I.E.L.D.  story in it. It's a theory I've been backing for a while now, since it would give a really obvious tie into the movie universe at just the right strategic time for the show. Adam, though, thought there was a chance that it could be Thor and The Avengers villain Loki who turned out to be The Clarvoyant, and while I'm still not 100% sold, there's certainly a legitimate argument to be made for it and some fun to be had considering the possibility. 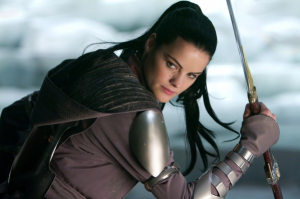 We've seen Asgardian stuff mentioned a LOT so far (and more to come) Lady Sif and Lorelei are on their way, setting up a battle between two powerful, female characters, and with the lack of female superheroes on the big screen, a lot of people have focused on that (or even just on the very general "S.H.I.E.L.D. finally has Marvel characters on it!" thing) than on the fact that they're going back to the Asardian well again. Before now, we've had the Asgardian cult who nearly killed Peter MacNicol's Berserker--who had been living on Earth for centuries without anyone knowing, suggesting that could be a thing that's happened in other cases. Lorelei will be adding her own unique wrinkle to the Asgard/Midgard relationship and the fact that she exists certainly begs the question: when will we see The Enchantress? It's someone who like to remain in the background and cause chaos. Loki can be manipulative, and while he was the one being played as a pawn in The Avengers, it wouldn't be at all surprising to see him assemble an army of earthbound minions to better help him fly under Thor's radar while setting up his next major play. 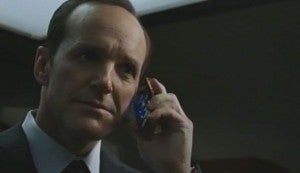 Specifically for Coulson, someone who has a grudge? I don't really get the impression that Loki spends much of his time thinking about Coulson--as he notes in Thor: The Dark World, human lives are trifling things to him and the fact that he snuffed one out was just a thing he did that day. Where the Loki-Coulson relationship might have more interest for Loki is in the sheer fun of messing with a person that he knows would lose his mind if the identity were ever revealed. Loki likes to confound his opponents and, lucky for him, in Coulson he has someone with ties to his brother and The Avengers who would be confounded simply by Loki's presence. SPOILER: Loki was last seen pretending to be Odin And of course, Odin may have only one-eye, but it's an ALL-SEEING eye--which is one loose translation for the word "clairvoyant" (clear+vision). That's a fun coincidence! Of course, this one sounds very convincing until you think about the fact that the series started--and I believe we heard our first reference to the Clairvoyant--after Iron Man 3 but before Thor: The Dark World. So as far as timelines go, it seems hard to believe. Then again, they've never made totally clear whether Thor and Iron Man were actually overlapping. If they were, anything goes. 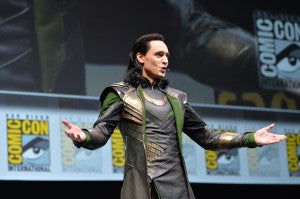 Tom Hiddleston wanted to appear on S.H.I.E.L.D. Most of the Marvel recurring cast has been thought to be off-limits for contractual and budgetary reasons. But the three people who said outright that they'd like to appear on the show before S.H.I.E.L.D. ever hit the air? Cobie Smulders (appeared in the pilot), Samuel L. Jackson (two brief cameos so far) and Tom Hiddleston. Back in August, the actor confirmed that he had spoken with Joss Whedon about heading over to the series. "It would be something that would depend upon script and story but yeah, of course," Hiddleston told Crave Online. "I've spoken to [Whedon] about it. I saw him down in San Diego. I hear it's good fun." Bear in mind, of course, that it's not as though Whedon is the actual showrunner--that's his brother and sister-in-law. Nevertheless, as Marvel's movie maestro for Phase II, it seems likely if he found a story for Loki, nobody would reject it...

Agents of S.H.I.E.L.D.: Five Reasons Loki Could Be The Clairvoyant