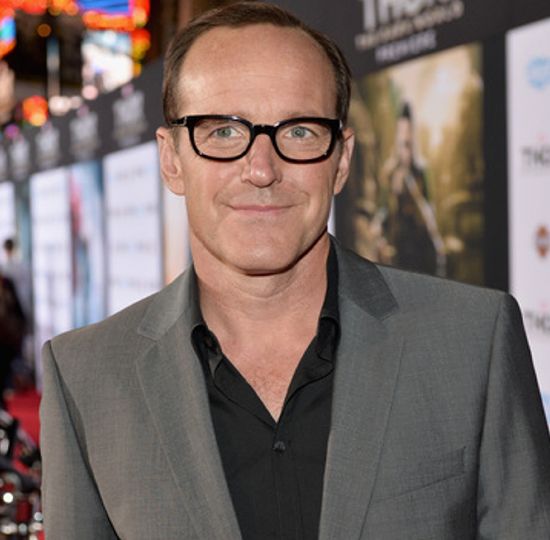 During last night's Thor: The Dark World premiere, Clark Gregg appeared on the red carpet to promote Agents Of S.H.I.E.L.D. on ABC. He brought a Chitauri helmet with him, which will play a role in tonight's episode of Agents Of S.H.I.E.L.D. Gregg also talked about how an upcoming episode of Agents Of S.H.I.E.L.D. will connect with Thor: The Dark World. He even dropped a tease that there might be some plans to finally show some Marvel superheroes on the series. "We have another episode coming up that really connects to Thor: The Dark World and kind of may contain some additional story elements. I can't spoil anything, but it's great to be connective tissue. That what I was. Now, it's what the show is," said Gregg. "And it's nice when they get to the part where there might be some superheroes and some fighting, and they don't say Coulson's gone now. They say, 'Coulson suit up.'"