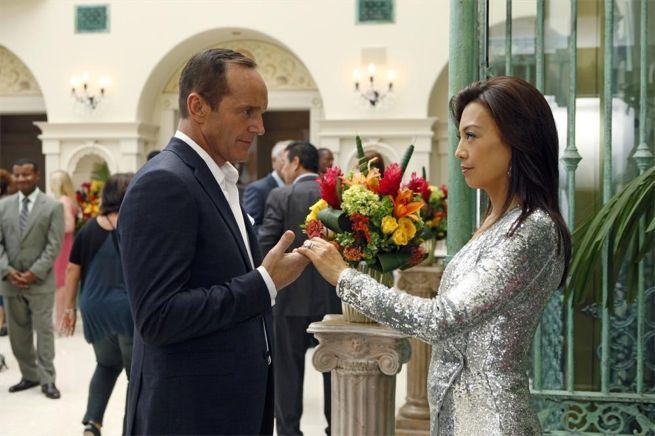 After the "Making Friends And Influencing People" episode of Agents of S.H.I.E.L.D., ABC released a sneak preview of next week's episode, which is called "Face My Enemy."

In "Face My Enemy," while on a mission to learn more about the secrets of the mysterious writing, Coulson finds himself attacked by the only person he can trust: Agent Melinda May. Meanwhile the rest of the team is trapped in an explosive situation, and it's up to Fitz to save them--but is he up to it?

"Face My Enemy" was written by Drew Greenberg and directed by Kevin Tancharoen. The "Face My Enemy" episode of Marvel's Agents of S.H.I.E.L.D. airs on Tuesday, October 14 at 9 PM ET on ABC.