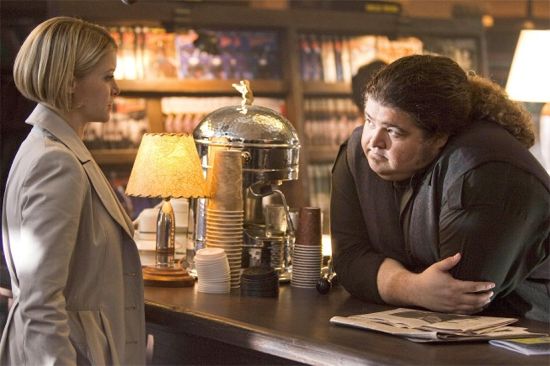 For those of you who think network TV hasn't been the same since LOST went off the air, there is some good news coming in January. No, LOST isn't coming back, but a new show from LOST co-creator J.J. Abrams will be premiering. FOX has officially announced that ALCATRAZ will debut on Monday, January 16, 2012 at 8 PM ET. ALCATRAZ features "a unique team investigating the shocking reappearance of Alcatraz's most notorious prisoners, 50 years after they vanished." The best news is that Jorge Garcia, a fan favorite actor from LOST, will be part of this new show. And it gets better, Jorge Garcia will be playing Dr. Diego "Doc" Soto, who is described as being an Alcatraz expert and comic book enthusiast. After the special two-hour premiere event on January 16, ALCATRAZ will continue to air on Monday nights, but it will start at 9 PM ET, following HOUSE. ALCATRAZ is produced by Warner Bros. Television and Bad Robot Productions. Photo Credit: James Dittiger/FOX.