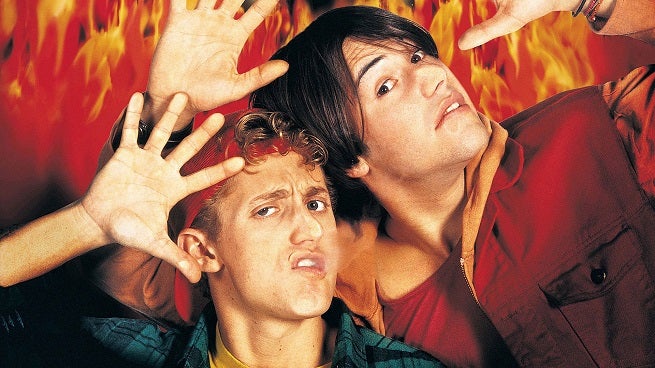 As it's been for the past few years, Bill and Ted are inching ever-closer towards their next excellent adventure.

Bill and Ted co-star Alex Winter (Bill), who's pushed for Bill and Ted 3 with Keanu Reeves over the past several years, opened up about the project's status in a recent interview. When asked how the third Bill and Ted installment was shaping up, Winter revealed that the project was extremely close to being green-lit.

"We're really close. We're just about there," Winter Told Yahoo! Movies, before joking, "In Hollywood parlance, [that] means we'll either be shooting soon, or it's never going to happen."

Going further into the excellent adventure he and Reeves have taken to bring the 90's series into the 21 st century, Winter said that the fellow actors have been Bill & Ted 3's primary advocates.

"It's really been us driving the whole thing, me and Keanu and [writers] Chris [Matheson] and Ed [Solomon]. So we're producing it and we're actively trying to get it made. We're not tired of it, but I think for our fans, we are eager to stop talking about and actually shoot the damn thing."

While Winter retired from the acting scene several years ago, he's led a successful filmmaking career. His latest project, a documentary called Silk Road (which Reeves narrated), opens this year.