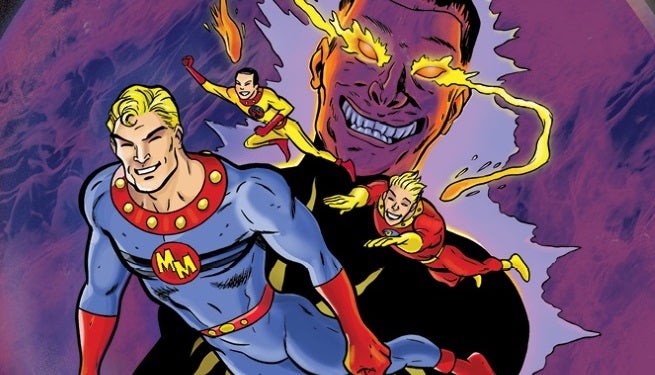 Originally written over 20 years ago, Morrison’s long-lost Miracleman story will see print for the first time, drawn by Marvel’s Chief Creative Officer, Joe Quesada. The story is a foreboding tale of the once Kid Miracleman, on the eve of the Battle of London.

In the second story, X-Statix creators Peter Milligan and Mike Allred go back to the brighter, early days of Miracleman. Miracleman, Kid Miracleman and Young Miracleman do battle against Dr. Gargunza, but something is not right. A sense of unease. Something in MIracleman’s own mind. What is Project Zarathustra?

All-New Miraclemna #1 will be one of only two Marvel comics released on New Year’s Eve, along with S.H.I.E.L.D. #1. Check out the preview in the gallery below.