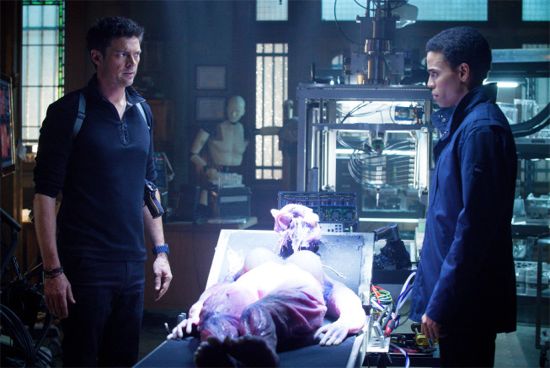 In the “Skin” episode of Almost Human, Detective John Kennex (Karl Urban) and Dorian (Michael Ealy) are dispatched to investigate a murder and high-profile missing persons case that lead them into the highly profitable world of IRCs – Intimate Robot Companions – also known as sexbots. Meanwhile, Kennex looks to reconcile a part of his troubled past.

The “Skin” episode of Almost Human airs on Monday, November 18 from 8 Pm to 9 PM ET/PT on FOX.