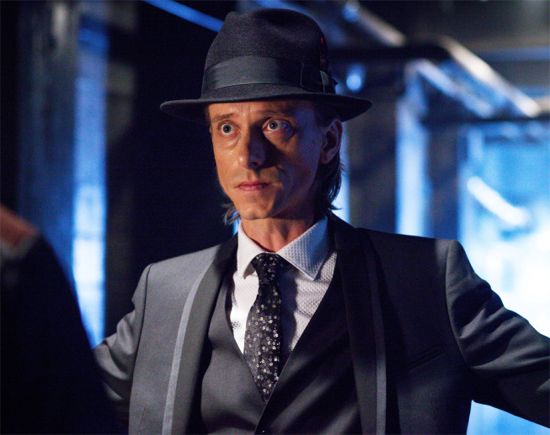 FOX has released  a new preview clip for tonight’s episode of Almost Human, which is called “The Bends.”

In the clip, Detective Kennex tells Dorian to wait outside a bar because the people inside don’t take kindly to androids. When Kennex gets thrown through the window of the bar, he gets up and tells Doria that maybe he should come inside this time. In the second part of the clip, Rudy Lom is recruited to go undercover, but Kennex doesn’t approve of his idea of a disguise.

In the “The Bends” episode of Almost Human, An old cop friend of Detective Kennex’s (Karl Urban) goes undercover, posing as a “cook” of a highly addictive street drug called “The Bends.” But his cover is blown. As the scope of the intense drug investigation unfolds, a determined Kennex and Dorian (Michael Ealy) call on Rudy Lom (Mackenzie Crook) for assistance

“The Bends” episode of Almost Human airs on Monday, December 2 from 8 PM to 9 PM ET/PT on FOX.