Earlier today, we got a look at Ant-Man cover for Empire Magazine that showed the Marvel superhero shrinking and now we they have unveiled an alternate cover of him standing tall.

The new Ant-Man stills, which our featured in Empire's cover story for the film, give us a new look at minature version of the Yellowjacket suit that Corey Stoll's nefarious Darren Cross will be wearing. There's also several fresh images of Paul Rudd's Scott Lang wearing his superhero suit. Even a couple with him interacting with his insect allies.

Check out the Ant-Man images below. 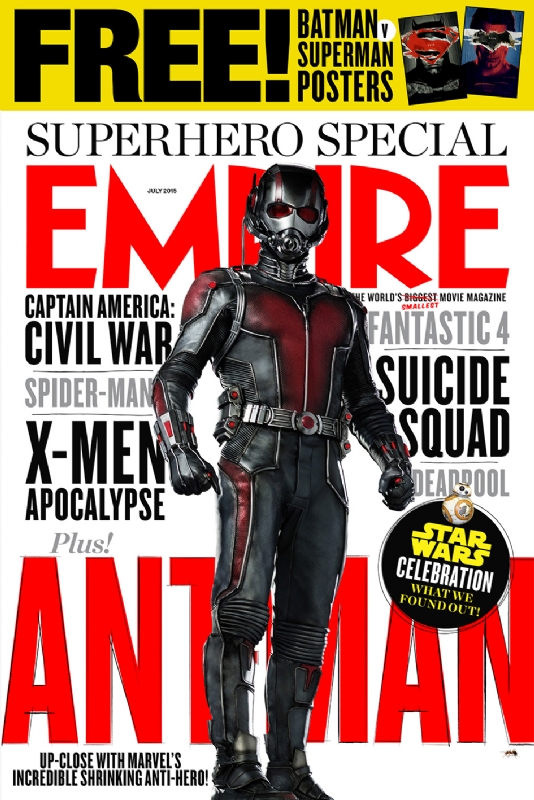 HBO's The Last of Us Gets First Full Trailer

Fortnite Chapter 4 Crossovers Include Hulk, MrBeast, and Much More

The Witcher: Blood Origin Gets New Trailer from Netflix