If you're walking around the streets of London you might get lucky and come across this sensational banner for Netflix's Daredevil.

The image shows off the special relationship that a young Matt Murdock had with his father the boxer Battlin' Jack Murdock, who is portrayed by John Patrick Hayden in the Netflix series. Their bond is on display as the boy holds onto his father's had and he looks up to him. That tender moment will be destroyed and to illustrate that point they walk inside of a tunnel shaped like The Kingpin's head.

The artwork was created by UK artist Daniel Norris. 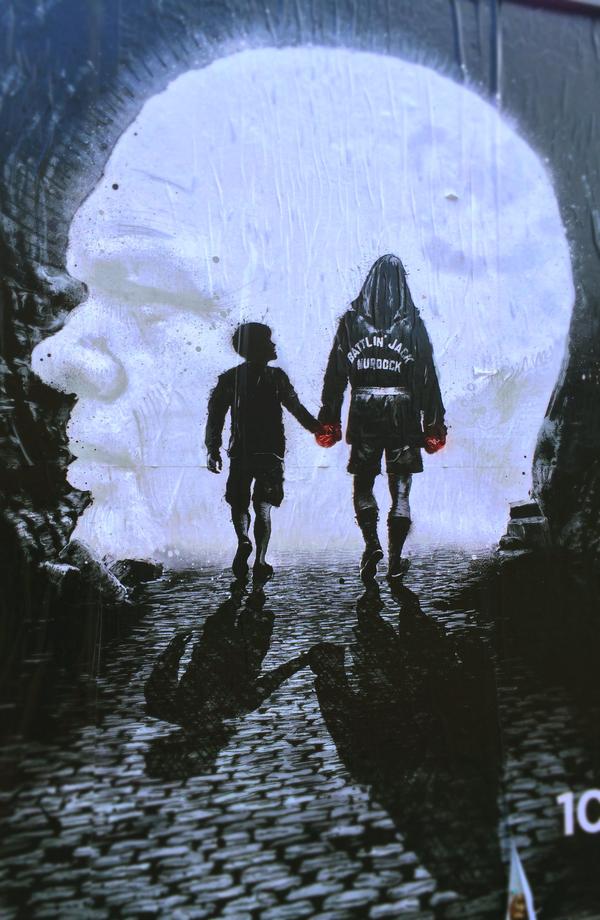 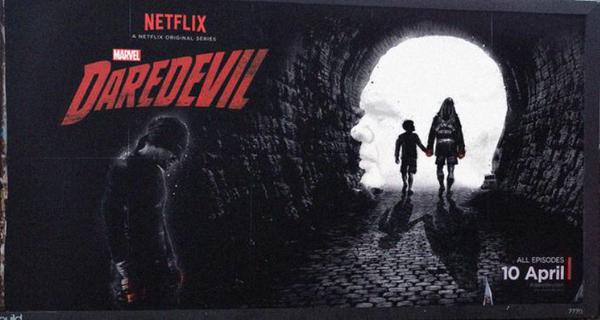