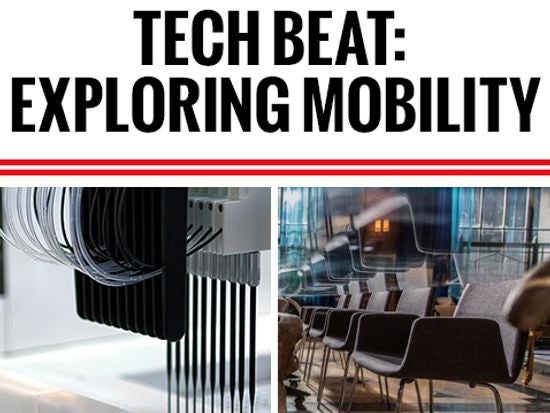 Here's the full article from The Daily Bugle, which is entitled "Tech Beat: Exploring Mobility."

OsCorp Industries wants to usher in an age of robotics, and has pumped piles of cash into robotics research. My interview mission? Pry some secrets out of OsCorp’s Head Engineer, Spencer Smythe.

DB: Can you summarize your recent work in one word?

Smythe: If you wanted an elaborate answer, why did you ask for a single word?

DB: Tell me something no one else knows about your research.

Smythe: We have made significant breakthroughs in the field of manned flight technology, fluidity of movement, speed and dexterity evinced by our larger robotic devices.

DB: And how do you see this being commercially applied?

Smythe (laughing): I don’t do marketing. Engineering innovation doesn’t result from a focus on revenue.

Smythe: Well, if you want to catch the right fly, you have to spin the right web.

DB: Very clever. One last thing, how is it working with your son?

Smythe: Alistair is a brilliant young engineer and I’m thrilled to see his career develop. I’d better watch my back or he’ll have my job before too long!

The Amazing Spider-Man 2 opens in movie theaters in the United States on May 2, 2014.