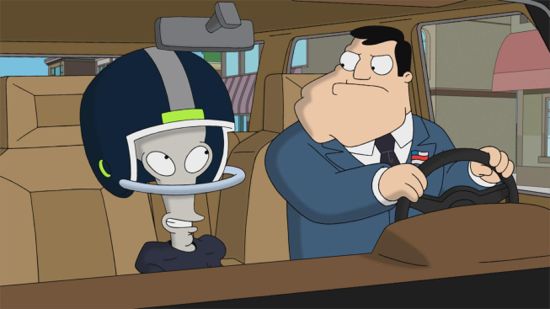 FOX is airing a brand new episode of American Dad tonight, which is called “Cock of the Sleepwalk.”

In “Cock of the Sleepwalk,” Stan mixes up his nighttime routine after his 100th kill, but mistakenly unleashes a “good” Stan in his sleep – Jekyll & Hyde-style – who’s hell-bent on pursuing all the good deeds that real Stan would never consider, and stopping him from ever killing again.