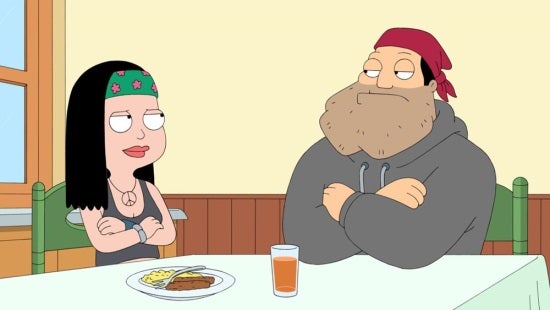 In “Honey, I’m Homeland,” Stan attempts to infiltrate the “Occupy” movement, based on CIA intelligence that a leftist cell is planning a terrorist attack. But when he’s captured and returned home by a group of radicals, Hayley suspects her father may have been “turned.”