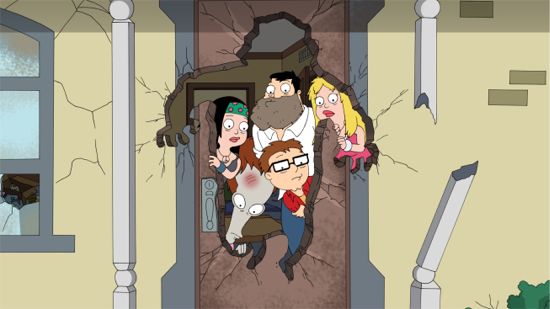 American Dad returns tonight with a brand new episode. Roger suffers a horrific car crash as he tries to take a picture of his crotch on a traffic speed cam. After waking up from a coma, he starts to have eerie visions of the future, and saves the Smiths from a terrible fire.  But, Roger’s abuse of his newfound powers soon draws the ire of his fellow family members and the Smiths must learn to cope with the uncertainty of the future.