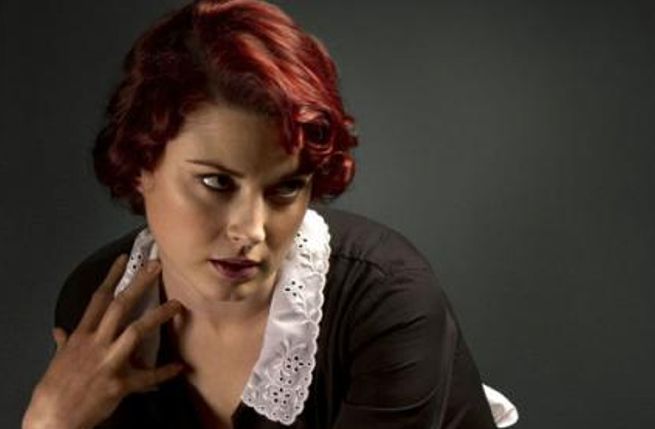 American Horror Story’s Alexandra Breckenridge has landed a role in another wildly popular horror TV show. According to Deadline, Breckenridge has been cast in a recurring role on The Walking Dead.

While it’s unknown if her role will be a brand new character or based on a character from the comics, Breckenridge’s role is reported to be a recurring one. Her character name is reportedly Samantha, but sometimes the show has been known to cast under fake character names to keep certain roles secret. Her character is described as an attractive, strong, smart, charming and articulate woman who also has a vulnerable side. She’s a mother with a bohemian spirit, and a talented artist.

She also has an option in her contract to become regular on the series. Or as regular as one can be on a show that regularly kills off its main characters.

The Walking Dead Season 5 airs on Sunday nights at 9 PM ET on AMC. The recent season premiere of The Walking Dead set a ratings record for a scripted cable television program with 17.3 million viewers.