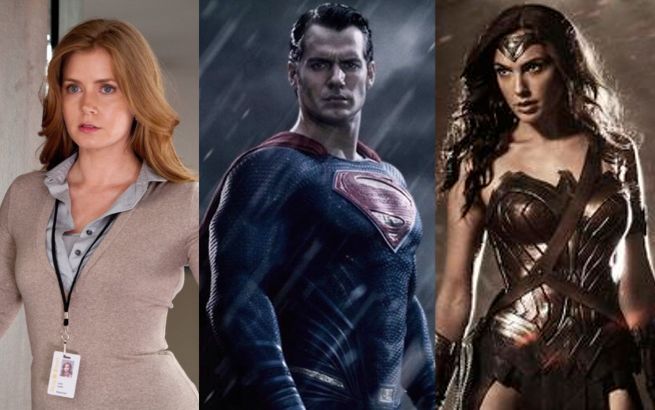 Amy Adams took some time out from an event in support of Tim Burton's upcoming feature Big Eyes to talk with MTV about Batman V Superman: Dawn of Justice.

She was asked, somewhat predictably after week of it happening in interview after interview, about Gal Gadot and her Wonder Woman costume.

“I can’t really say!” Adams said. “But I will say that Gal looks really, really good in that costume. I was like, really? They make them like you? That’s awesome…for you. I’m really happy for you. Not so much for me. But, Lois is a mortal.”

After Batman V Superman: Dawn of Justice, Adams will appear in Justice League, Part I. She can next be seen in Tim Burton's Big Eyes, coming to theaters Christmas Day.