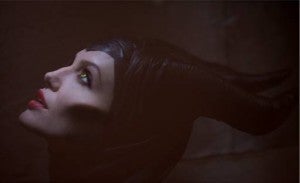 With obvious parallels to the mega-hit Broadway show Wicked, based on the Gregory Maguire novel by the same name, Disney tells fans that the film will show Maleficient as a sympathetic figure whose heart is hardened to the point where she's driven to her actions in the 1959 animated classic.

The film is being directed by Robert Stromberg, a production designer with two Oscars already under his belt for Avatar and Tim Burton's live-action remake of Alice in Wonderland. It was written by Linda Woolverton, of The Lion King and Beauty and the Beast fame, so the production pedigree is nothing to scoff at--and as preposterous as a film like this might sound on the face of it, Glenn Close did wonders for her box office drawing power after starring as the villain in the live-action adaptation of Disney's 101 Dalmations.