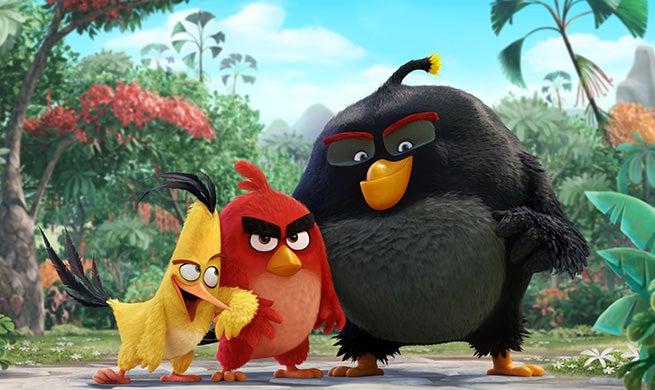 The audience got a brief teaser of the upcoming Angry Birds film.  Peter Dinklage, Josh Gad, and Jason Sudeikis star in the animated feature film, slated for release May 20, 2016.

The teaser showed the well-known, angry red bird, named Red and voiced by Sudeikis, getting hit by a sign that said "Welcome To Angry Birds," at the fault of a silly white bird. The red bird clinched it's wing as if it were a fist and well...got angry!

What are your expectations for Angry Birds?