"Hank Pym's Ant-Man suit doesn't have a single weapon," director Peyton Reed (Yes Man) told EW, "whereas Yellowjacket is armed with plasma cannons." Just because Ant-Man doesn't have conventional weapons doesn't mean he can compete against Yellowjacket. "Ant-Man is very fast when he's small," Reed said. "Also, when he shrinks, he increases his density, so he's got increased strength."

Don't forget, he also has the ability to communicate with ants. No, I'm not joking. And he'll use that ability when he tries "steal Yellowjacket's garb." 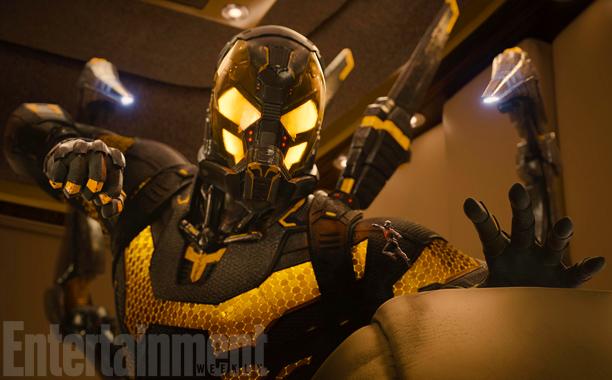 Here's Grand Theft Auto 5 Being Played With a Game Boy