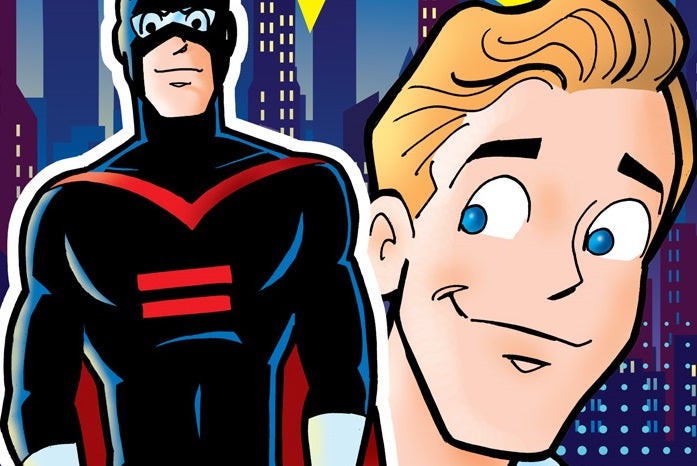 Archie Comics have released a first look at tomorrow's Kevin Keller #14, starring the title character as the company's first gay superhero, The Equalizer.

In the preview, we see the setup for Kevin's decision -- rather unorthodox in Riverdale -- to become a costumed crusader.

Check it out, along with solicitation text for the issue, below. There's also a variant cover that pays homage to Frank Miller's The Dark Knight Returns. 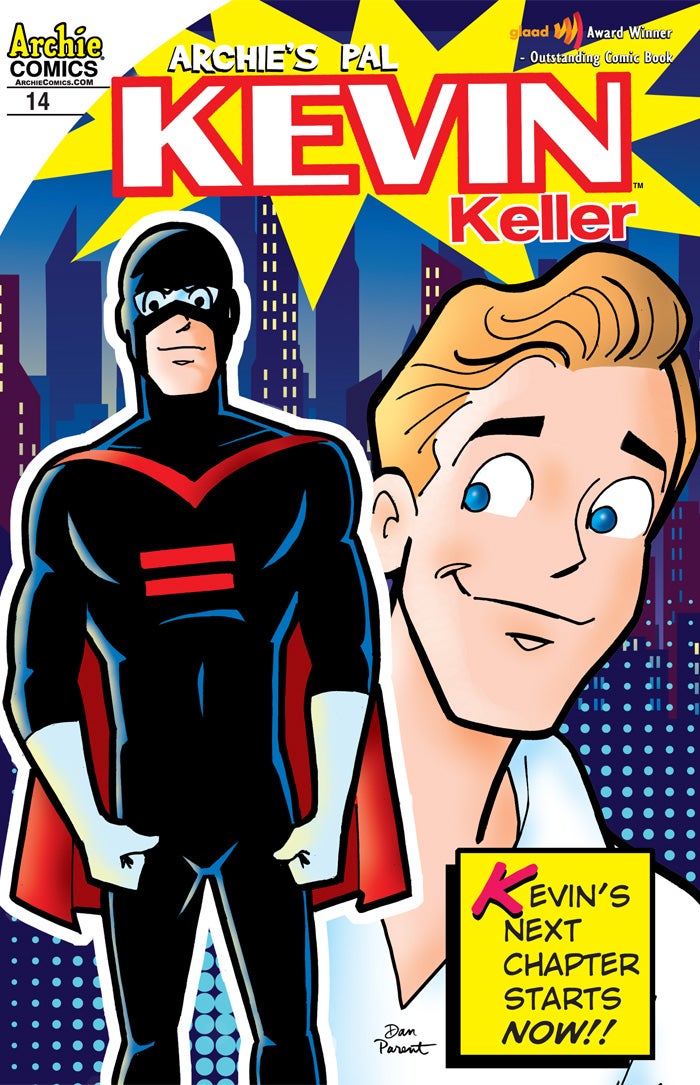 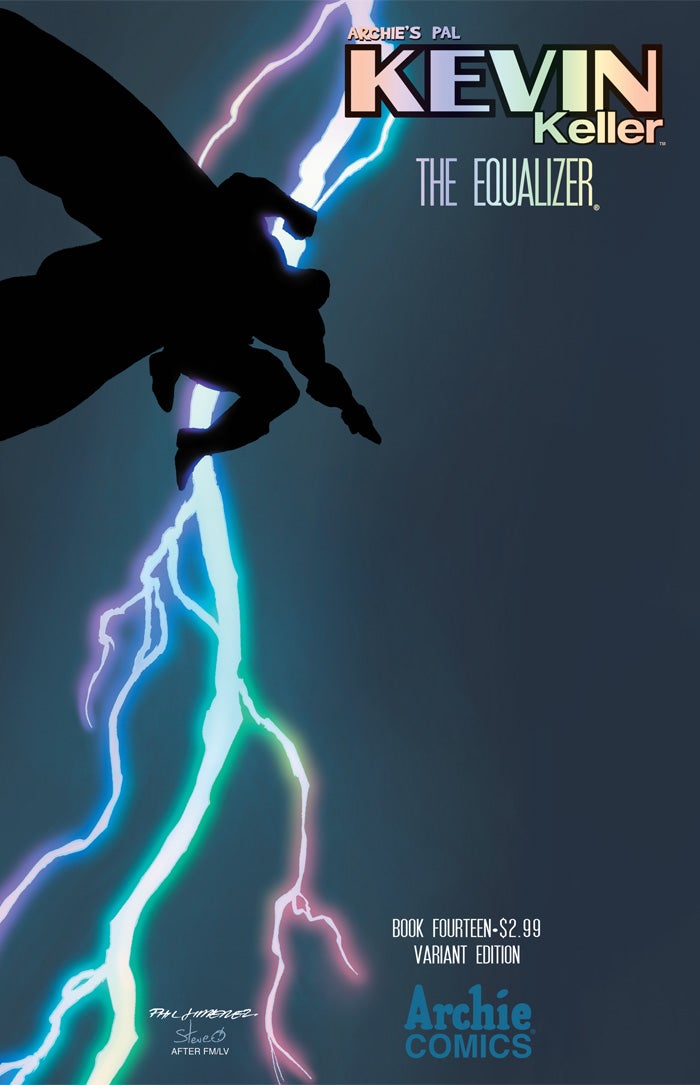 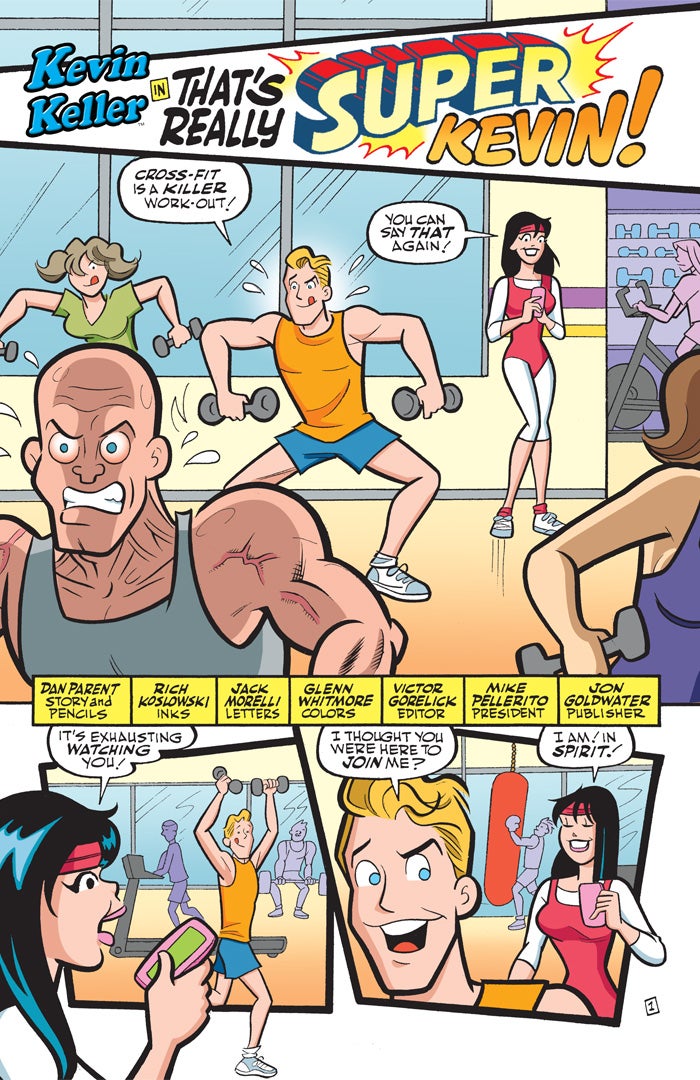 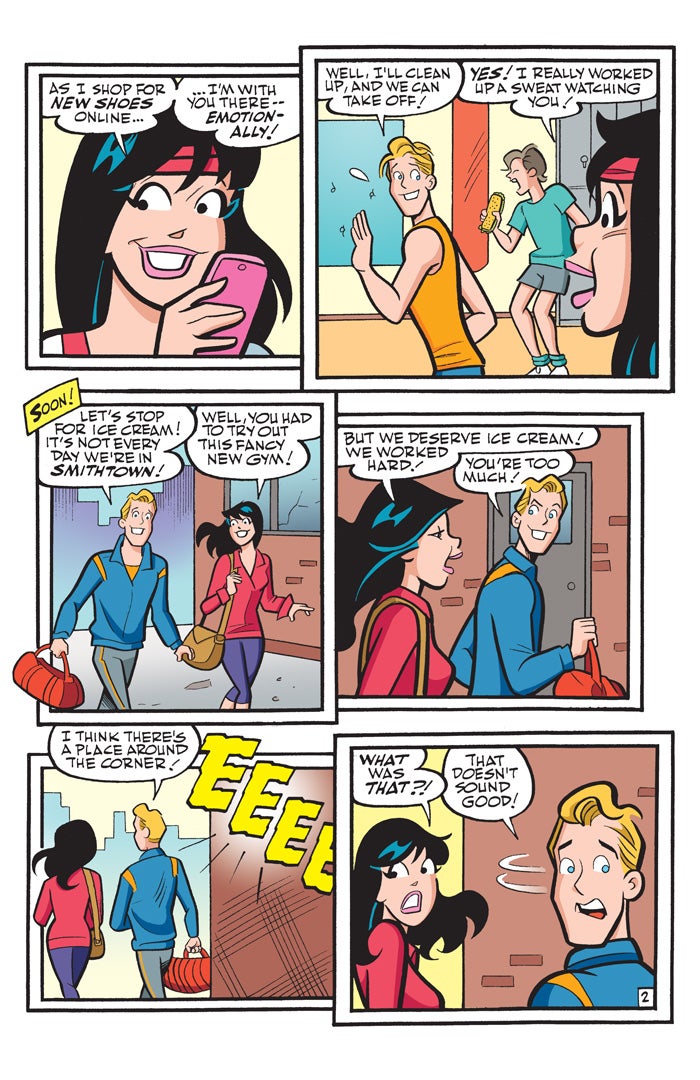 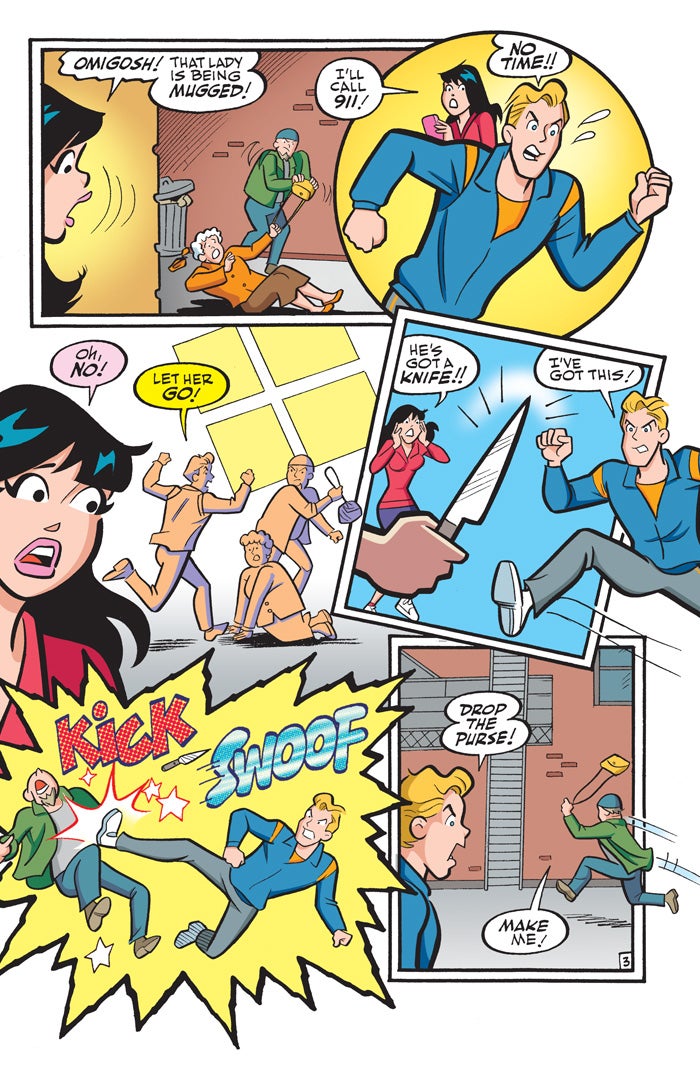 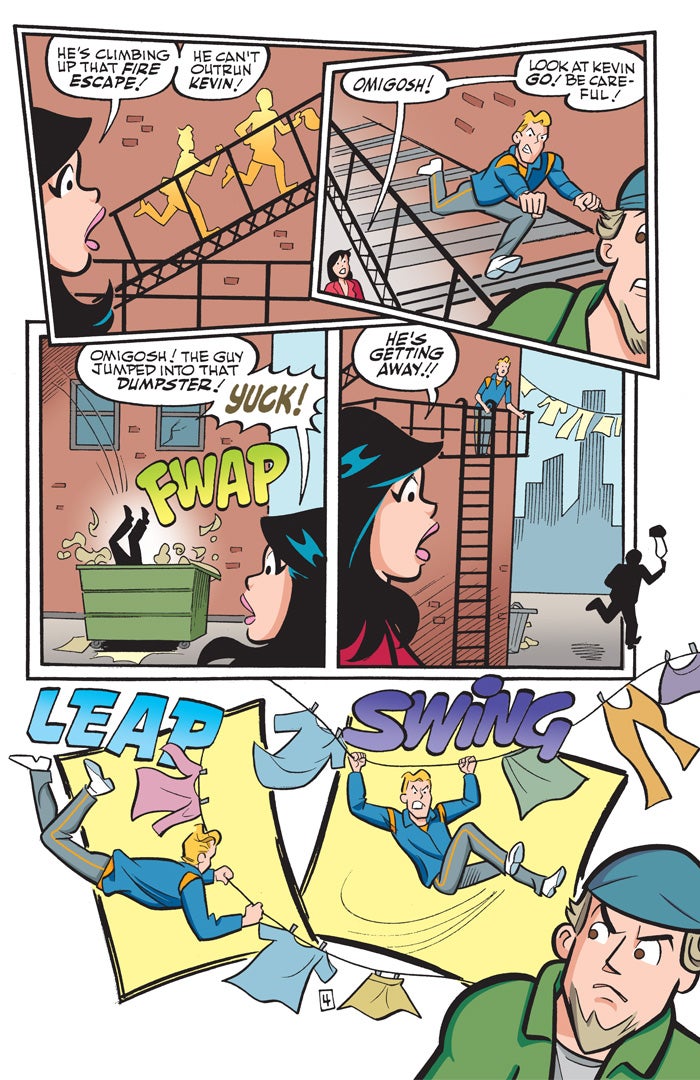 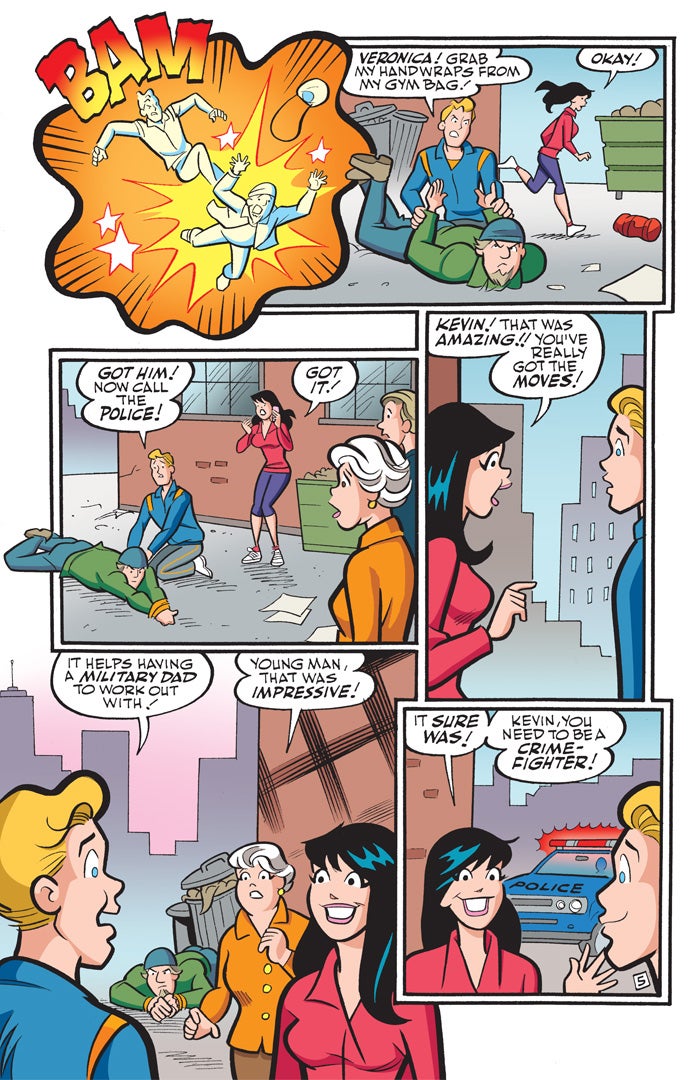 "That's Really SUPER, Kevin!" Kevin's world takes a surprising new twist when he becomes the masked crime fighter called "The Equalizer!" Of course, this doesn't just happen overnight. When he saves someone's life and becomes a media sensation, Veronica's wheels start turning and with her drive, determination (and unlimited cash!) she molds a new career for Kevin! Somewhat apprehensive, will Kevin move forward as a superhero? And what will happen to his everyday teenage life? Find out in the first part of this exciting new storyline!