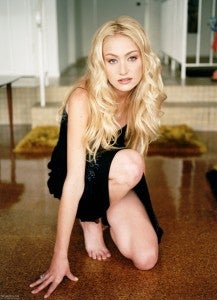 Portia De Rossi, who will return next year to her cult-favorite role as Linsday Bluth in new episodes of Arrested Development for Netflix, has also joined the cast of Bryan Fuller's Munsters reboot Mockingbird Lane, according to Deadline Hollywood. De Rossi will star opposite Jerry Maguire star Jerry O'Connell as her husband, Herman Munster, and stand-up comedian Eddie Izzard as Grandpa Munster, a role originally played by onetime New York gubernatorial candidate Al Lewis. Mockingbird Lane is being written by Fuller, also of Heroes and Pushing Daisies fame, with a pilot to be directed by Bryan Singer, who directed X-Men and co-created House. NBC, who owns the show, had previously tapped Devious Maids star Mariana Klaveno for the part, but she had to pull out when the show was not cancelled but instead might be picked up by Lifetime.