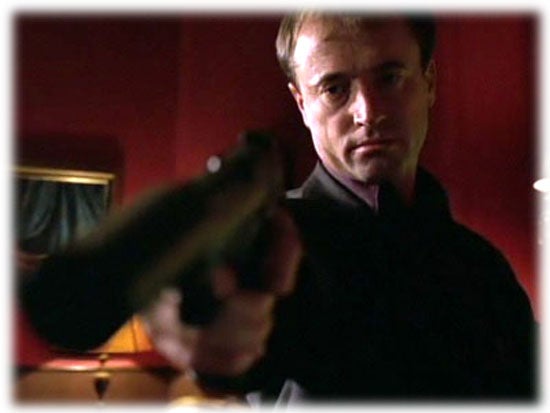 Next week's episode of the hit CW superhero drama Arrow will feature a name familiar to DC Comics fans, as David Nykl will guest star (in his first of two season two appearances, that we know of) as Anatoli Knyazev, an imposing Russian national who was previously referenced in the season one episode "Vertigo," reports Green Arrow TV.

Appearing in the upcoming episodes “Crucible” and “Keep Your Enemies Closer,” Knyazev is better known to DC Comics readers as The KGBeast. GATV, though, made sure to make clear that there's no confirmation that any such name, or the appearance that goes with it, will pop up on the series. You can check out the link above for the exact verbage.

"Keep Your Enemies Closer" is the sixth episode of the season, meaning that Knyazev's appearances will bookend the hotly-anticipated episode "League of Assassins," in which the notorious terrorist organization run by Ra's al Ghul in the comics and the Christopher Nolan-directed Dark Knight Trilogy will make its first appearance on Arrow.