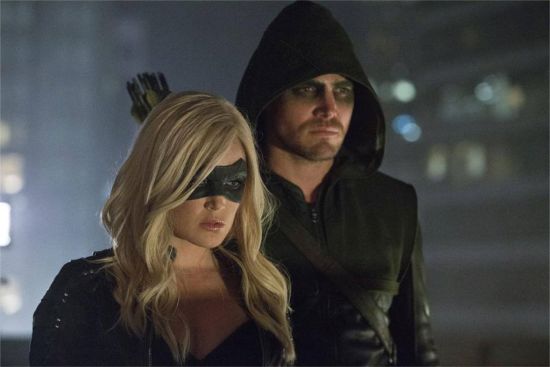 For a while, before the Flashpoint reboot, (a version of) these characters were married--and this season on Arrow they'll share screen time on television for the first time since Smallville.

Series star Stephen Amell has just shared the image at top, saying that his Facebook fans are the first to see it; he doesn't indicate which episode it's from, but previous comments by showrunners have indicated that this season's fourth episode will see Oliver and Black Canary together. Amell also shared the image at bottom via Twitter.

Canary has been seen before--at San Diego Comic Con International we got a look at the character and then the season premiere featured her very briefly--but these are the clearest shots of Canary yet. 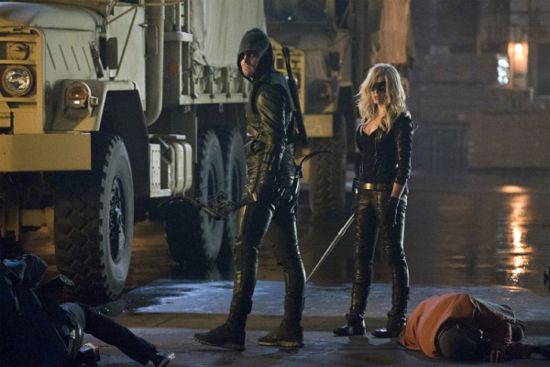