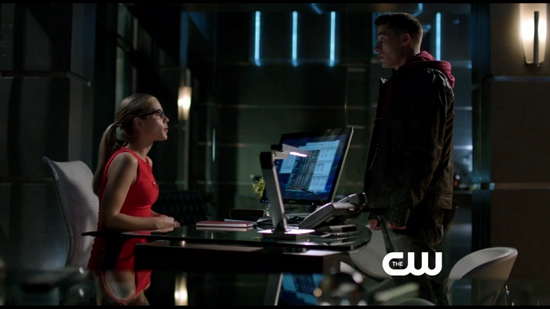 The second installment of Bose's Arrow minisode series Blood Rush is now online; you can check it out below.

The series, which teams Felicity Smoak with Roy Harper for the first time, begins its second episode with Quentin Lance calling Felicity to tell her that a blood sample taken last year from The Hood will be processed tonight at a crime lab in hopes of identifying the vigilante. Felicity, who thought she had destroyed it, tells him she's on it. She calls down to Harper, telling him (using a voice modulator like the one Oliver uses when he talks to Roy) that he needs to break into the hospital and steal the sample tonight. She tells him she'll get him through security.

Check out the minisode below.