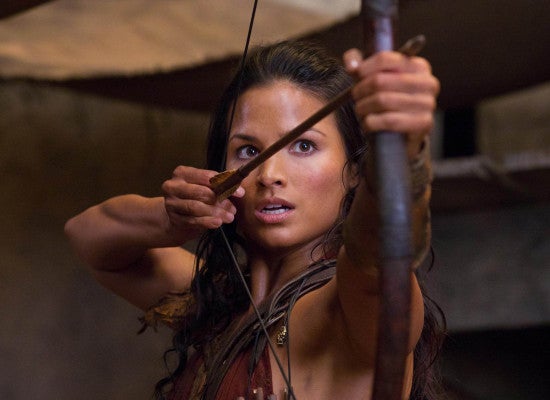 The CW announced today that they had cast Katrina Law as Nyssa, the illegitimate daughter of Ra's al Ghul, TV Guide reports.

Following Cynthia Addai-Robinson (Amanda Waller) and Manu Bennett (Slade Wilson), she is now the third Spartacus alumnus to take a role on Arrow.

Her character will debut in episode 2.13 of Arrow, titled "Heir to the Demon." Nyssa--half-sister to the better-known Talia, whom some have speculated to be secretly infiltrating Oliver Queen's company as Isabel Rochev, a la the character's role in The Dark Knight Rises--comes to Starling City looking for Black Canary. 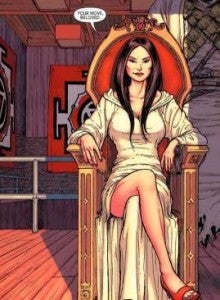 Secretly, I'm wondering whether we might discover that Nyssa and Canary were romantically entangled; ever since Sara was referred to as "The Beloved," I've been wondering just whose beloved she might be. In the comics, Ra's does have a son...but he's far less prominently featured than the daughters.

Comic book Nyssa was born in the 18th Century and used the Lazarus Pits to keep herself young. She also lost most of her family in a concentration camp during World War II, giving her a tragic, Magneto-like backstory. Nyssa has no particular love lost for either Ra's al Ghul or Batman, setting herself apart from Talia the daddy's girl. Later stories, though, did see her make up with her family and recommit to going after Bruce Wayne.