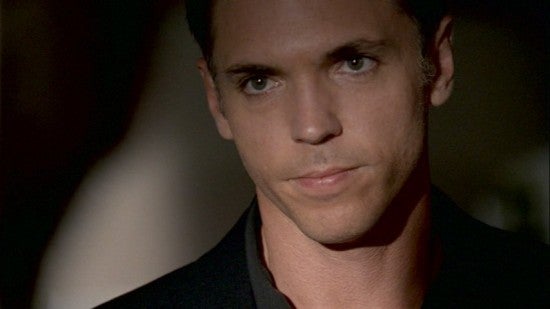 Whenever Arrow has made a major casting announcement recently, it's been that of a familiar DC Comics name. Amanda Waller has joined the show, along with The KGBeast.

So when you get a piece of casting, especially of a well-known genre actor, purporting to be a major player in the series long-term but identified with a name unfamliar to comic book fans, the question immediately becomes: what's this guy's deal?

That's what fans are asking about The X-Files veteran Nicholas Lea, who has been cast as "Mark Francis" on the show.

Saying that his character will "huge role in changing the life of a Queen family member," TVLine reports that Lea "will appear in Episodes 12 and 13 as Mark Francis, Walter Steele’s close associate. Francis will have a crucial part in the surprising twist that Moira’s life will take after her murder trial."

So let the speculation begin as to just who Lea might be playing if, indeed, it turns out "Mark Francis" is a cover and he's playing a DC Comics character (who wants to put their money down on Maxwell Lord?). But don't get too carried away, since we recently had that thing where Al-Owal, whom fans were convinced had to be either Ra's al Ghul or some other famous DC assassin, turned out to be...well, Al-Owal. And died in two episodes.