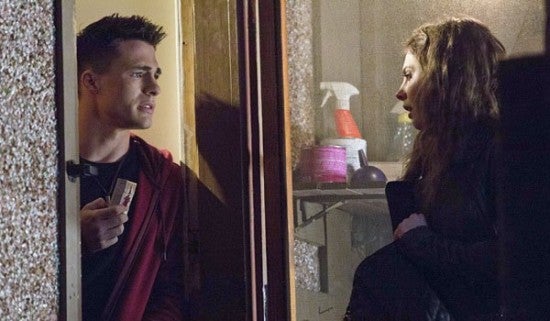 The producers of Arrow have released a new clip from this week's episode, which will air tomorrow on The CW.

You can see the embed below.

In the clip, Roy Harper is looking for Black Canary, and he thinks Sin has an idea of where to find her. The result? A footchase through Starling City with an abrupt stop at, of all things, a clock tower.

Yeah, just like the Birds of Prey--a team of whom both Black Canary and Huntress are members--were long headquartered in in the comics. And in their own short-lived and best-left-forgotten TV series.