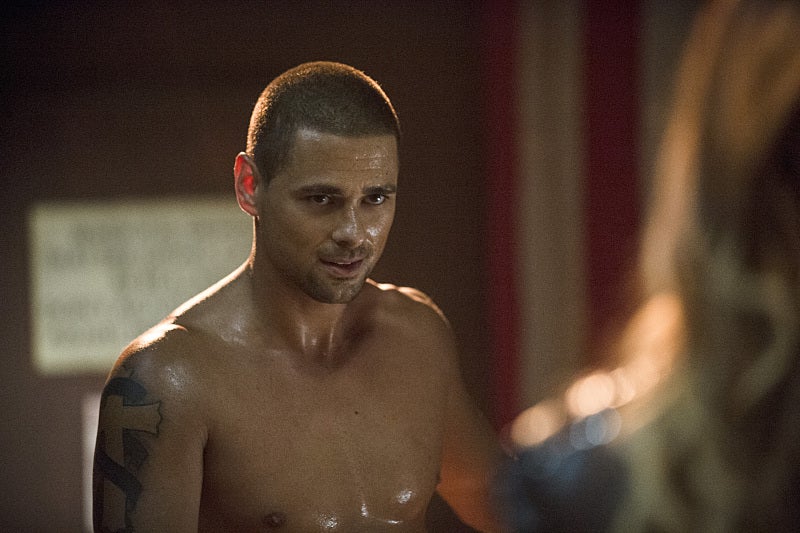 And while there's no JSA in Arrow's past -- at least that we know of -- and the character isn't old enough to have fought in World War II, Grant will carry over at least one important characteristic from his comic book alter ego: he'll be the guy who helps train Black Canary (in this case, Laurel Lance) to fight her battles.

You can see the pair meet for the first time in a clip below, courtesy The Hollywood Reporter.

Arrow airs their "Corto Maltese" episode, featuring the first appearance of Ted Grant, tonight at 8 p.m. ET/PT on The CW.